Selma Blair didn’t learn from Charlie Sheen’s last feud. She reportedly complained about him to their bosses, but they decided to side with Sheen. 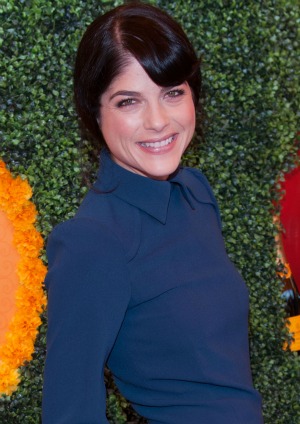 When Charlie Sheen signed on with Anger Management, it appeared his drama queen days were over. But for the past few days, he has been unhappy about his co-star on the show and was letting everyone know.

We reported Tuesday that Sheen wanted Selma Blair removed from the show. And it looks like Lionsgate took the threat seriously.

“We are confirming that Selma Blair will not be returning to Anger Management and we wish her the very best,” the studio said in a statement to TMZ.

Sheen’s complaints about the actress reportedly came after he found out she had gone to producers complaining about his work ethic on the show, saying he was late all the time. He reportedly did not take the criticism well, saying that she had only two lines to learn for his 40 or more lines.

TMZ also said he made threats that he would not work Monday morning if she showed up to work, which she reportedly did not do. The celebrity gossip site tracked Blair down Tuesday morning and asked her about her status on the show. She was out on a walk with her child and replied, “I don’t know anything.”

The show had been given a 100-episode order, and it is reported that if Sheen completes all the episodes, he could stand to make $75-$100 million. Those numbers depend on if the show is picked up in syndication, but it looks like Sheen has completed about half of his contract so far.

With the news of Blair’s official departure, who might fill her place? It looks like Sheen has his eye on Mila Kunis right now. TMZ reports he wants to add her for 10 episodes and pay her a whopping $1 million an episode.

Only time will tell what will happen. But one thing is for sure: The studio knows what it has with Sheen and is willing to do whatever it takes to keep him happy.