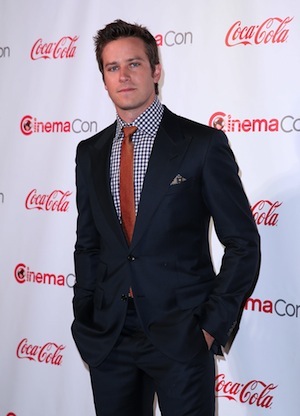 Will Hollywood ever cast Christian Grey in the Fifty Shades of Grey movie? So many actors have been rumored to play the risqué part, but so far, no takers. Perhaps the graphic material is too lowbrow for some?

In a recent interview with Playboy, Armie Hammer revealed why he has no interest in tackling the character.

We can’t say that we’re shocked. Thus far, Hammer has made some pretty solid acting choices. That’s probably how he landed his cushy jobs next to Leonardo DiCaprio in J. Edgar and Johnny Depp in The Lone Ranger. Next up, he’ll co-star in the big screen adaptation of The Man from U.N.C.L.E.

Who do you think should play Christian Grey?