A delightful Pixar film opens against the zombie apocalypse, starring Brad Pitt. One film is family-friendly and the other a terrifying thrill ride, not appropriate for children. Both movies are in 3D, so which one should you see this weekend? Tough call! 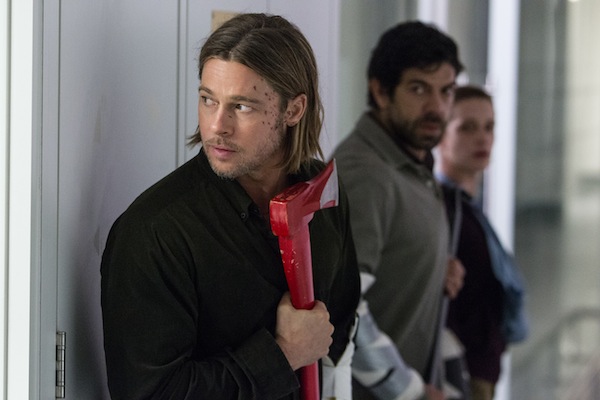 Sexy Brad Pitt is out to save his family and the world when a harrowing human virus goes global, turning people into zombie-like killers.

This action-thriller will have you on the edge of your seat, terrified. The filmmakers studied insects and swarm behavior to inspire these frightening, apocalyptic scenes.

Beware: This isn’t your ordinary, campy teen flick about the undead. This movie creates a dystopian world where zombies could actually be real.

Stella Papamichael of Digital Spy said, “Everything about the film moves at a breakneck pace, including the zombies. It’s a total rush.”

Staci Layne Wilson of Inside Horror said, “World War Z is not a horror film, nor is it a deeply thought-provoking political thriller. But it is a fine action picture, and a good Brad Pitt movie.”

Louise Keller of Urban Cinefile said, “Brad Pitt, zombies and an all-out assault of chaos, stunts, 3D special effects and a surprisingly good script all resonate in this hero’s journey with scale, style and bite.” 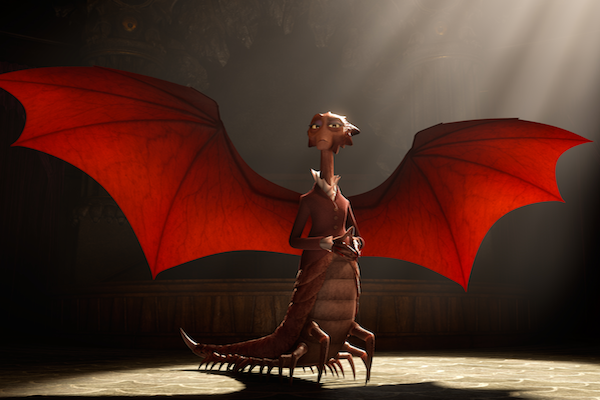 This prequel to the beloved Monsters, Inc. doesn’t disappoint. Pixar has schooled itself on the latest digital animation techniques 12 years later, making for a visually lush college campus (minus the beer kegs, of course!).

The story centers on Mike (Billy Crystal) and Sulley (John Goodman), who find themselves rivals until they’re both unexpectedly expelled from Scare School by the intimidating Dean Hardscrabble (Helen Mirren).

Mike and Sulley must now work together to make their dreams of being professional Scarers come true.

Louise Keller of Urban Cinefile said, “It is the sheer wit and charm of Pixar’s quirky, multi-coloured characters that make this cleverly conceived prequel such an enjoyable romp.”

Moira MacDonald of the Seattle Times said, “The kids at the screening, including my 8-year-old assistant, seemed to have a blast (particularly enjoying the campus mascot Archie the Scare Pig), and the animation is, of course, state-of-the-art gorgeous.”

The SheKnows movie winner of the week is World War Z for its intense thrill ride and apocalyptic fear factor.