James Franco is the latest actor to join a group of Hollywood filmmakers seeking financing for their movies through crowd-funding sites. 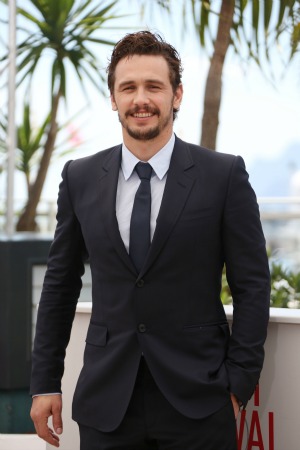 Since Veronica Mars raised over $5.7 million on a Kickstarter campaign to finance a movie based on the TV series, crowd-funding has become the latest rage in Hollywood. Now, add James Franco to the list of celebrity filmmakers looking for money to make their films.

Franco is approaching his project from a unique perspective. He’s using Indiegogo, a fundraising site that allows you to keep a portion of the funds earned even if you don’t reach your goal. He’s also looking to adapt his 2011 short story collection, Palo Alto, into a series of three films.

The Oz The Great and Powerful star won’t be directing, though — his students from New York University’s film program will helm the pictures. Bruce Thierry Cheung, Gabrielle Demeestere, Nina Ljeti and Vladimir de Fontenay will direct one of three films: Memoria, Yosemite and Killing Animals.

James Franco did not take Lindsay Lohan to bed >>

The actor is hoping to raise $500,000 for the projects and any profits from the films will be donated to Art of Elysium, a charity group that encourages performers to share their talents with children battling serious illnesses.

Franco wrote on the Indiegogo site why he needs funding from fans and supporters.

He said, “Because of who I am, people often believe that it is easy to find investors and distributors for my films. Unfortunately, things aren’t that easy. More times than not, I have put in my own money to produce my films and my student’s films. However, this time it’s different; We need more funding, I will still fund part of it but I need of your help, filming three feature films back-to-back requires more funding than I can give.”

The campaign has 29 days remaining and over $29,000 has been raised as of press time. It hasn’t taken off the way the Veronica Mars project or Zach Braff’s Garden State follow-up film has, but it’s a start.

Fans who contribute can also share in some of the perks listed on the crowd-funding site. From audio recordings of the book by Franco to a signed art print from the multi-talented actor, there’s something for every budget. For those with deep pockets, donors can indulge in set visits and executive producer credits with a VIP dinner.