After a video hits the internet showing him stomping on the American flag, rapper Lil Wayne posts a statement on his Facebook page apologizing for the incident and calling it a misunderstanding.

Rapper Lil Wayne is doing some pretty fancy footwork today. No, we don’t mean that he’s trying out 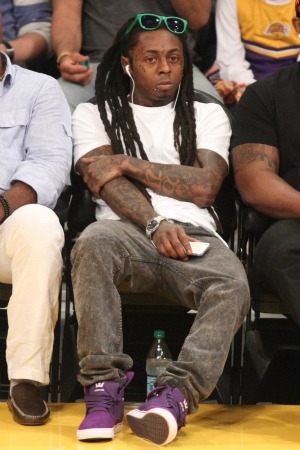 some new moves for his next music video. We’re talking about the intense two-stepping he’s doing thanks to the controversy surrounding a behind-the-scenes video that hit the internet on Monday. In the clips, Wayne was seen stomping on an American flag and he found out real quick that people don’t take too kindly to flag desecration in this country.

The 6 craziest moments at the 2013 Billboard Music Awards >>

In a statement posted on his Facebook page, Wayne said:

“It was never my intention to desecrate the flag of the United States of America. I was shooting a video for a song off my album entitled “God Bless Amerika”. The clip that surfaced on the Internet was a camera trick clip that revealed that behind the American Flag was the Hoods of America. In the final edit of the video you will see the flag fall to reveal what is behind it but will never see it on the ground. In most people eyes including my own who were raised in that environment, the Hood is the only America they know and the only America I knew growing up. I was fortunate from my God giving talents to escape the Hood and see the other beautiful places this country has to offer but most people who are born in that environment don’t get that chance. That’s their view of their America. That was Dwayne M Carter from Hollygrove New Orleans view of America. That’s who I’m speaking for in this song.”

It’s interesting to note that though Wayne apologizes profusely and says that the final edit would never show the flag on the ground, he doesn’t deny stepping on it. He just apologizes for the fact that the public saw him do it.

Lil Wayne: What seizures? “I don’t feel anything” >>

Lil Wayne suffered a frightening medical scare earlier this year when he collapsed and was near death due to what some initially thought was a codeine overdose. But the real culprit turned out to be a serious seizure condition.