Britney’s reappeared with a new single, and it’s reminiscent of her teen years. 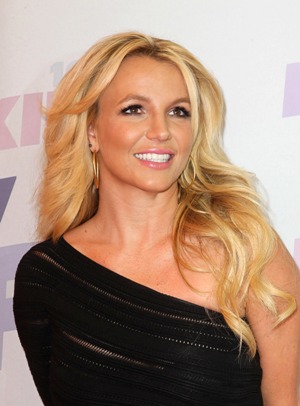 I’ve been a Britney Spears fan longer than I’d like to admit. I used to sing her songs to myself quietly, and practice all her dance moves. Remember those two half-up ponytails she used to rock? Yeah, I did that, too.

She was special to me. So special, she was my first concert, and I had fun amidst the nosebleed seats. We like to think of Rihanna as the “good girl gone bad,” but the original was Britney. She was the first (in my eyes) to go from small-town bubbly pop princess to sassy, rebellious superstar.

Rihanna gets “bad” with Wale >>

Let’s review: Although “Baby One More Time” had that sexy schoolgirl appeal, songs like “Sometimes” and “Soda Pop” rang true to her (then) young, and relatively innocent age ? right? Fast forwarding to the present, the debut of “Ooh La La” has Britney sounding like a tween again, and appropriately so, since this single is to be featured on The Smurfs 2 soundtrack. (Parents, do note there is an f-bomb dropped in the song, so it’s not necessarily PG…).

Check out the trailer for The Smurfs 2! >>

I’m not sure why I expected her new release to be in-your-face and thumping with energy, but this song is just enough to get stuck in your head, but not enough to be memorable. It’s riddled with cheer, twinkling with sunshine, and bursting with coyness ? all ingredients for a pop song circa the ’90s, but it’s not necessarily a bad thing. The folks at E! Online commented on the song, saying “Consider it vintage Britney… with an oddly folksy pop-tart twist.”

Want to catch up on all things Britney? Why not sign up for our newsletter and get updated! >>

It’s a synth-pop, sweet gumdrop type of song, but what’s it about? A girl’s affection for a boy, and him being her “ooh la la.” There are some suggestive lines, but overall it’s got deliciously girly lyrics accompanying the cotton-candy like vocals:

“You don’t have to roll like a millionaire
Baby, I would go with you anywhere
We don’t need no gold, we’ll be shining anyway”

It’s the diluted version of “California Girls” by Katy Perry, compounded with Spears’ “3” and elements of Mandy Moore’s “Candy.” Readers, take a listen and see if you agree! Does Britney impress or disappoint? Or does it even matter? It is Britney after all. She’s in a league of her own, so she’s allowed to release a song that’s not a record-crushing monster.

Is your summer playlist in hibernation? Awaken your senses with these picks: