In this episode of Switched at Birth, called “Distorted House,” Daphne learns what it’s like when the shoe is on the other foot as she watches her mom bonding with Bay, Ty reveals more about Afghanistan and Toby and Travis go after the same job. 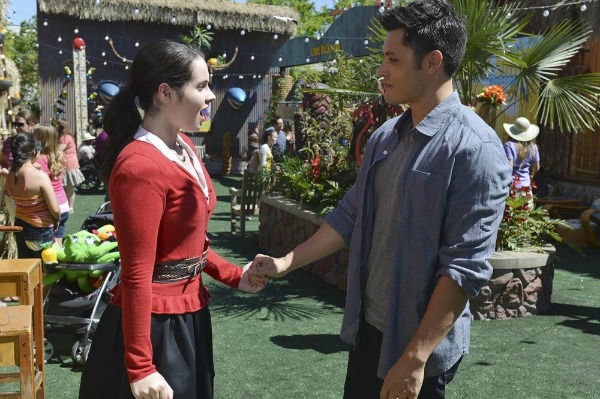 It’s tough to like both Daphne (Katie Leclerc) and Bay (Vanessa Marano) so much and see them fighting like they have been recently. Granted, they weren’t really at each other’s throats in this episode like they were in last week’s premiere, but there was still a lot of tension there. As much as I do like Daphne, I have to say that I sort of enjoy the fact that she got to see what it has been like for Bay. She’s been hanging out with the Kennishes and bonding with them and not understanding why Bay had a problem with it, but boy, when she saw Bay bonding with Regina (Constance Marie) and Angelo (Gilles Marini), she didn’t like it one bit. Kathryn (Lea Thompson) didn’t seem to like it either, even though she too has been enjoying spending time with Daphne. Everything was definitely topsy-turvy in this one.

I was glad to see Ty (Blair Redford) opening up a little more to Bay about what happened to him in Afghanistan. His story was terrible, and I can see how that would definitely affect him. I hope that Bay can help him out, but I am still a little nervous. He showed last week how quickly he can explode into anger if the situation is right, and I just hope that he doesn’t lose control to a point where he hurts anyone.

I wasn’t happy at all with what happened between Toby (Lucas Grabeel) and Travis (Ryan Lane) in this episode. No, I don’t think John (D.W. Moffett) is guilty of favoritism, and we all saw the work that Toby did to prove that he would be a good manager. I also know that it was a hard choice and not one that John would have made lightly. What has me miffed is the fact that John didn’t discuss it with Travis beforehand. John let the Travis stand there and think that the announcement was about him, only to discover that Toby had gotten the job. Unless I missed something, I don’t think Travis even knew that Toby was up for it. I just think that Travis deserved the courtesy of being taken aside and told about John’s decision rather than finding out with everyone else.

The look on Bay’s face when Regina said she could have coffee. 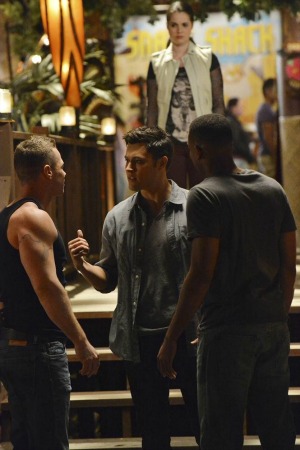 The Laptop of Doom? I might have to steal that nickname for my own laptop.

Mary Beth saying that Ty going out with Bay was “a good sign.” Hm, interesting.

Daphne and Regina talking over each other.

“Sorry. Without you or grandma, I go back to my native ways.”

Finding out that Mary Beth’s brother had killed himself. So awful.

“Job or no job, I will always be in Toby’s corner. What about Travis? Who does he have in his corner?”

Regina admitting to Angelo that sometimes she wished she had grabbed Bay and taken her home the first time she saw her.

“You want us relaxed? Don’t shut us out.”

Regina pointing out that she ended up in rehab because she thought she could handle everything by herself.

Ty telling his story about the girl and the soccer ball. So sad.

“Bad stuff happens to girls over there.”

Ty admitting that he got the tattoo to keep the girl’s spirit alive.

Angelo, Regina and Bay all dancing together. Too cute.

What did you think of Bay bonding with Regina and Angelo? How did you feel about John’s decision to make Toby the car wash manager?