Jay-Z thought he made a deal with Samsung to give 1 million lucky customers his new album, but it looks like the rapper’s album sales might be 1 million short because of the deal. 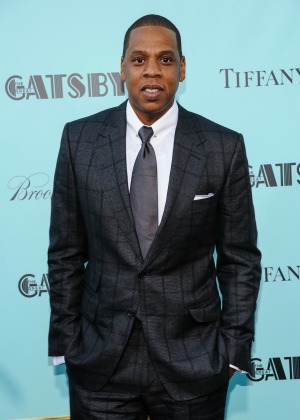 Jay-Z has teamed up with Samsung to offer his new album to users before it is released, but the deal might end up hurting him in the long run.

On Sunday, the 43-year-old rapper announced the deal, which would allow Samsung smartphone users who download a special app to hear the album on July 4, three days before it is released to the public.

But the million downloads could mean 1 million people who aren’t purchasing Jay-Z’s album, and that could be a problem for him. It appears that the albums wouldn’t count toward any album sales on the Billboard album charts and it looks like someone finally told Jay-Z.

The rapper is talking about the idea that he is technically receiving money for the albums. But for Billboard, that isn’t good enough.

“The bottom line is they’re getting paid on a million albums,” David Bakula, with Nielsen SoundScan, told Reuters. “From what Billboard considers chart-eligible, we don’t count free-to-consumers (albums).”

The move is a big one for Samsung, which is in the middle of the smartphone wars and is willing to pay to impress its potential subscribers. But it looks like Jay-Z will be one casualty in that war.

The rapper’s new album might be one of the most anticipated of the year. It has been four years since his last solo album, The Blueprint 3, but he also released an album with Kanye West in 2011.

Whether or not Jay-Z gets the album sales he wants, he is still as popular as ever and will be going out on the Legends of the Summer tour with Justin Timberlake starting July 17.