Funny or Die is journeying out of the online world and launching a 13-date festival across the U.S., bringing together some of the biggest names in comedy. 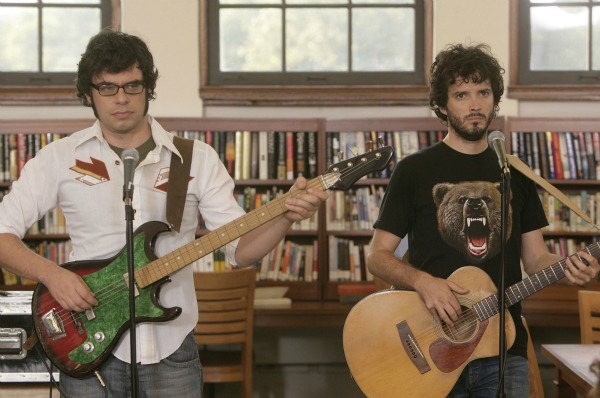 It’s hard to believe it’s been eight years since Dave Chappelle abruptly left his Comedy Central show and disappeared from show business. That will all change in August when he comes out of hiding for a 13-date tour. He is bringing along some friends.

The Oddball Comedy & Curiosity Festival is presented by Funny or Die and will be co-headlined by Flight of the Conchords.

How did Dave Chappelle get Charlie Sheen fired? >>

Chappelle has performed a few stand-up dates since he left Chappelle’s Show — and a $50 million contract — in 2005. Most recently, he performed an impromptu set with Chris Rock and Kevin Hart, starting rumors that the 39-year-old would be touring with the comedians, but that tour never materialized. It looks like the performances might have made Chappelle realize what he missed about comedy, and the tour is a good sign he could return full time.

The tour is being billed as a stand-up festival, and Flight of the Conchords might be the perfect group for touring comedy. The comedic band members Jemaine Clement and Bret McKenzie starred in the show of the same name, which was launched in 2007 on HBO and lasted for two seasons. Flight of the Conchords followed two musicians from New Zealand trying to make their way in New York as full-time musicians.

Live Nation will be promoting the festival and said it is the largest of its kind that it has been a part of. Each show will include “two stages, street performers, vendors, psychics, freaks, tasty treats and more,” according to The Huffington Post.

Joining Chappelle and Flight of the Conchords on the festival are fellow comedians Al Madrigal, Demetri Martin, Hannibal Buress, John Mulaney and Kristen Schaal, among others.

The tour kicks off Aug. 23 in Austin, Texas, and runs through Sept. 22, hitting 13 cities before ending in Phoenix.