Ready for the best The Voice finale ever? Just check out this line-up. 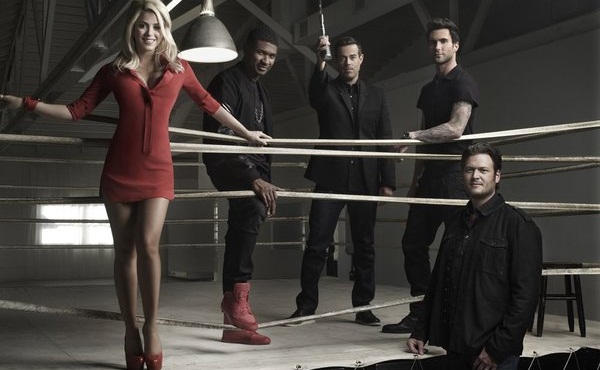 Tuesday night’s The Voice finale might be the best yet. Not only will we get the chance to see our finalists perform, but we’ll also hear a collaboration from the coaches, witness the finalists duet with some of music’s biggest names and see and hear a host of other great music performances from current chart-toppers.

E! announced The Voice finale’s line-up this morning, and it looks like a good one. Among other spectacular performances planned: Hunter Hayes will be on hand to perform his single, “I Want Crazy” and he’ll get a little help from the finalists. OneRepublic will also pair up with the hopefuls to perform the song “Counting Stars.” The Voice is keeping one major secret, though: We’re not sure who will perform with which superstar.

Aww! Shakira brought baby Milan to work on The Voice >>

They said it’ll get even better, too. The show’s judges will collaborate for a performance. Usher, Adam Levine, Shakira and Blake Shelton will take the stage together to perform the Beatles’ hit “With a Little Help from My Friends.” Sweet.

That’s not all. The Voice‘s stage will also host a slew of other awesome musical guests including Cher, Christina Aguilera, Bruno Mars, Pitbull and Florida Georgia Line and Nelly (featured on our summer block party playlist). To be honest: We’re probably abnormally excited about the chance to watch Nelly and Florida Georgia Line.

For more television news, sign up for our entertainment newsletter >>

We can’t wait for the finale tomorrow night! Can you?