Bill Cosby opens up about his thoughts on parenting — and how some TV shows get it wrong. 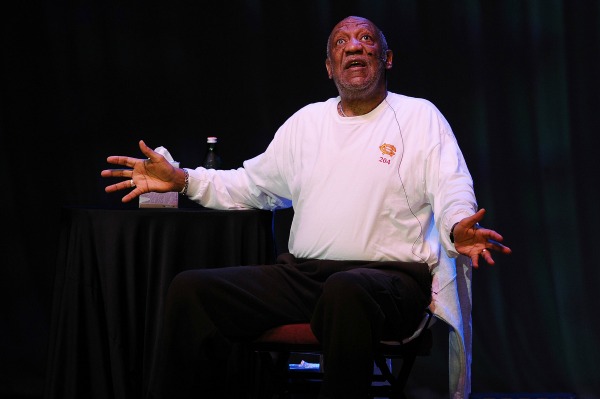 Back in the ’80s when he starred in his hit series The Cosby Show, Bill Cosby was the man who everyone wished was their dad at one time or another. Kids loved the show because it was funny, but parents loved it because it depicted a more realistic household than other comedies.

Which of these family TV shows from the past is your fave? >>

Cosby recently spoke to ABC News about his parenting philosophy and why he thought it was important to break the mold back then and air a show that depicted parents not as idiots always one step behind their children but as intelligent people who provided important guidance their kids needed — all while making us laugh in the process.

“I based the series on two important things: Number one… I hated those series where the children were brighter than the parents, and those parents had to play dumb,” Cosby revealed. “Number two was that I wanted to ‘take the house back,'” Cosby said.

Cosby talked more about the subject, saying that if you wanted to entertain kids “at the expense of parenting, at the expense of keeping children out of harm’s way to get these laughs, to make these parents look stupid, to make kids look like they are ultra-bright but still lost, then we have a problem.”

Cosby credits his grandfather with setting a good example of what parenting should be. “This man had a sense of humor and a sense of warmth,” Cosby said of his paternal grandfather, telling a story about the man.

“He knew I was chomping at the bit to play football for Central High School in Philadelphia,” Cosby said. “[And] he said to me, ‘I just want to tell you: Don’t play football. Your bones are not strong enough. If I were you, I would wait ’til you’re around 23 years old.’ Twenty-three. I didn’t know what he was talking about.”

Young Cosby did not take his grandfather’s advice, and, as luck would have it, he broke his shoulder in the first game of the season.

“I was at home and I had the cast on, and granddad came [to visit],” Cosby said. “He just turned that handle, walked in and he looked at me and I was on the sofa. He was talking to my mother and I set my ears back so I could listen to him because I knew I was waiting on him to tell my mother, ‘I told Junior not to play football.'”

But the senior Cosby didn’t say anything like that; instead, Cosby said, “He bent over and he kissed me on the forehead and said, ‘How you feeling?’ And I said, ‘Fine, granddad. I’m just really sad.’ And he put a quarter in my hand and he said, ‘Go get yourself some ice cream. It’s got calcium in it,’ and he left.”

Cosby’s said it was his grandfather’s “smooth way of putting me down.”

What do you think? Do you agree about Cosby’s remarks about the depiction of some parents on TV and how that could be dangerous for children?