We’ve geeked out over this for months and now it’s official: Girl Meets World will be around for at least one season!

Congratulations, ’90s kids, your favorite couple is back: Cory and Topanga are returning to a television near you for the viewing pleasure of your kid. Disney has ordered up a full season of Girl Meets World, the long awaited spin-off/sequel to that TGIF favorite, Boy Meets World.

Will Shawn Hunter make an appearance? >>

The executive vice president of original programming at Disney, Adam Bonnett, made the announcement today:

Boy Meets World and its story of adolescent self discovery resonated with an entire generation of tweens. In the same way audiences fell in love with Cory Matthews and Topanga Lawrence, we look forward to introducing our viewers to their daughter Riley Matthews in Girl Meets World and building a memorable connection with a whole new generation of fans. 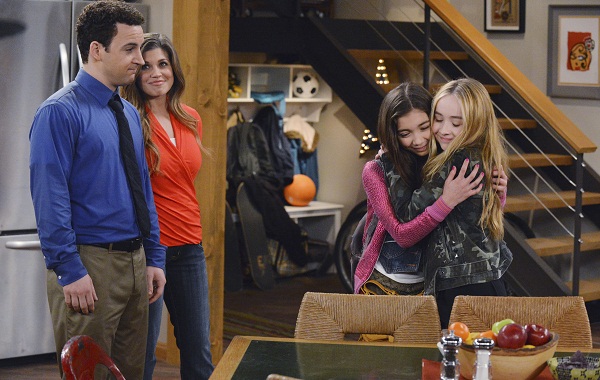 Girl Meets World will pick up several years from where its predecessor left off, in New York City. Our favorite couple, Cory (Ben Savage) and Topanga (Danielle Fishel) are now the proud parents of an adorable 11-year-old-daughter, Riley (Rowan Blanchard). And what are her parents up to? Riley’s dad is a History teacher (just like Mr. Feeny!) at Riley’s new middle school, and her mom owns a popular after-school hangout. Think of it as the new Chubbie’s from BMW, only cleaner and specializing in pudding. Just like the original, Girl Meets World will follow Riley (and her best friend, Maya) as she tries to grow up and become her own person while still under the watchful eye of her parents.

Fear not! Mr. Feeny is set to appear on Girl Meets World >>

The big draw for parents of the Boy Meets World generation was the wholesome qualities of the show. It had serious moments without even broaching anything to awkward or risqué. From the sound of it, you’ll be comforted to know you can expect more of the same from Girl Meets World.

We’ve known the series was in the works for months now and heard they were filming the pilot, but this is the first official announcement that Girl Meets World is a real thing and will be around for at least one full season. We can’t wait.