A little over 12 years after their mega-hit “Superman (It’s Not Easy)” hit the charts, Five for Fighting is back with the compassionate and inspirational song “What If.” 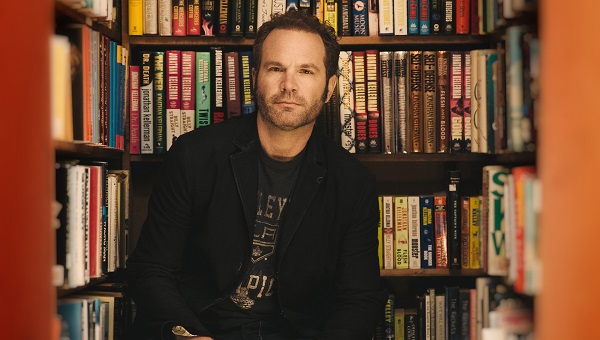 In this year of comebacks, singer-songwriter John Ondrasik wants you to know that he didn’t really go anywhere. Like Superman, he was just really busy trying to change the world.

See, Ondrasik — known by his band’s name Five for Fighting — has been using his fame to bring about change.

Five for Fighting’s songs have always been deeply personal and inspirational, beginning with the 2001 mega-hit “Superman (It’s Not Easy).”

Inspired by his songwriting, in 1997 Ondrasik launched the website whatkindofworlddoyouwant.com, where fans can submit videos that depict their own visions of a better world. To date, the website has raised more than $300,000 for five charities.

Ed Sheeran, Macklemore and others team up with U2’s Bono to end world hunger >>

And now, Five for Fighting is back with a sixth studio album, due out Sept. 17.

The first track off the untitled album is called “What If” and focuses on the interpersonal relationships we have that affect the way we treat others.

In it, Ondrasik sings, “What if I had your heart? What if you wore my scars? How would we break down? What if you were me and what if I were you?”

The lyrics pose a challenge for the listener. Ondrasik is asking us to consider others before we act — especially in his new lyric video.

“If you look close enough through the headlines,” Ondrasik says, “you may find a little Five for Fighting lore within the lyrics to ‘What If.’ My hope is that fans of the song will enjoy the visuals while taking the sentiment of the song to heart: ‘What if you were me? What if I were you?’ — simple, but a helpful question at times within the complicated relationships we all work through.”

You can pre-order their album Bookmarks and purchase the single “What If” on iTunes. Check out Five For Fighting’s new lyric video below, and let us know what you think about it in the comments below.