Cancer survivor Melissa Etheridge says Angelina Jolie isn’t exactly the brave cancer warrior the media is making her out to be. 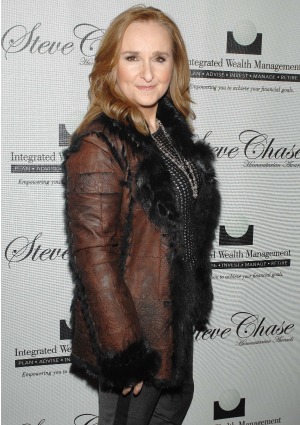 Don’t count Melissa Etheridge on the “Angelina Jolie is sooooo brave” bandwagon. The singer/songwriter says that Jolie’s choice came from a place of fear, not courage.

When asked about Jolie’s “brave” decision to have a preventative double mastectomy by newspaper The Washington Blade, Etheridge said, “I have to say, I feel a little differently. I have that gene mutation too, and that is not something I would believe in for myself.”

“I wouldn’t call [having a preventative mastectomy] a brave choice. I actually think it’s the most fearful choice you can make when confronting anything with cancer.”

“If you do your research it doesn’t have to be scary, it can be an empowering thing,” he said.

Etheridge also shared her interesting philosophy on the root of the disease and how it can be prevented.

“My belief is that cancer comes from inside you, and so much of it has to do with the environment of your body,” she claimed.

“It’s the stress that will turn that gene on or not. Plenty of people have the gene mutation and everything, but it never comes to cancer, so I would say to anybody faced with that, that choice is way down the line on the spectrum of what you can do and to really consider the advancements we’ve made in things like nutrition and stress levels.”

Jolie cut her breast cancer risk by a reported 87 percent after the procedure.

“I’ve been cancer-free for nine years now,” Etheridge added, “and looking back, I completely understand why I got cancer. There was so much acidity in everything. I really encourage people to go a lot longer and further before coming to that conclusion.”

Jolie obviously feels differently than the singer. She reportedly is considering having her ovaries removed as well, as the BRAC-1 gene can also cause ovarian cancer — the disease that took her mother’s life.