Could Amanda Bynes actually be faking all the ranting and raving she’s been doing for the past few months? One friend says yes.

Amanda Bynes has been doing the crazy for a while now, with most of her tirades showing up on 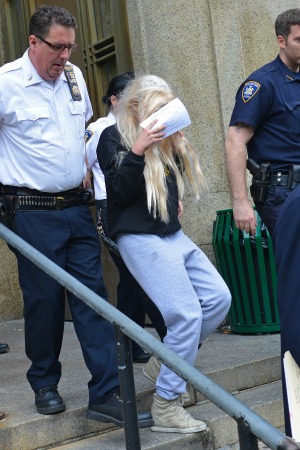 Twitter, which seems to be her social media platform of choice. Just last week she got into a mini-feud with Cher which ended with Bynes receiving an apology from the singer. Before that, there were Twitter rants about her parents and RuPaul, Courtney Love and of course Rihanna (which began the whole “ugly” tirade).

Bynes has been doing a pretty good job of convincing the world that she’s not all there, but what if the whole thing is an act?

Last Thursday, Bynes’ friend Jonathan Jaxson posted a text conversation that he swears is from Bynes and in it, the actress claims that everything she’s been doing for the past couple months has been, well, an act.

Here’s what Bynes had to say, according to Jaxson:

“All this has been an act and you know it! I am an actress and know what I’m doing.”

Jaxson’s response was to question Bynes about the validity of the statement and point out that drugs probably played a part in it.

“I got to 2 million followers and now everyone wants me. I am smart and not stupid. Everyone mentions my name. The world loves me!”

Jaxson then replied to say that he felt she should watch what she said. We find it interesting that he would give her advice like that and then post their conversation online for the entire world to see. After all, wouldn’t “watch what you say” also cover doing things like posting private conversations on Twitter? Anyway, he then said that Bynes was discriminating and had people worried about her.

“Just wait and the world will see!”

OK, so that’s the story as told by Jaxson, who is a supposed friend of Bynes. But we should point out that iVillage reports that he’s also the same guy who was legally forced to apologize to Kim Kardashian and Kris Humphries after he claimed that their wedding was staged. He also says that he’s been Kim Kardashian’s publicist for two years, but she denies it. In fact, the biggest claim to fame the guy has is talking about the celebrities that he’s worked for, which must make it hard for him to get into some Hollywood parties.

While a part of us hopes that maybe Bynes is acting, we think that the evidence proves otherwise. Then again, that could just prove that she’s the best actress ever.

What do you think? Is Bynes just acting crazy, or is it real?