A few days before its June 18 due date, Kanye West’s highly anticipated new album Yeezus is leaked online. So will Kanye be able to live up to his own hype? 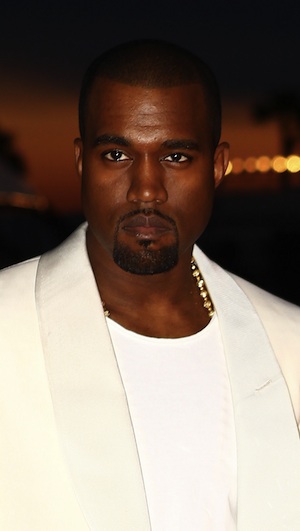 Kanye West and Kim Kardashian became proud parents a little early over the weekend, but his new daughter wasn’t the only thing arriving early for Kanye.

The not-so-humble rapper’s new album Yeezus is not due out until Tuesday, but an advanced copy was somehow leaked online Friday morning.

Did Kanye cheat on a preggo Kim with this girl? >>

Before this leak, the only tracks Kanye fans heard from the album were the two songs he played during his May Saturday Night Live appearance — “New Slaves” and “Black Skinhead.”

And while his label, Def Jam Records, is trying to track down the source of the leak, gossip site TMZ reports that sources close to Kanye say he’s not worried.

The site explains, “Yeezy feels it’s almost inevitable for a highly anticipated album to leak… especially with so many cooks in the kitchen.”?

Check out our review of “New Slaves” >>

So now that the album is streaming all over the internet, what is it like? Well, the first thing we can tell you is there’s a lot of collaboration going on.

Billboard calls Yeezus “a medley of several genres — new wave, punk, rock, and of course hip-hop. But mostly, West is just plain mad — angry at naysayers,  ‘The Man’ censoring his art, and even at his own celeb status.”

Well, excuse me for saying this, Kanye, but if you were mad at your celebrity status, you probably shouldn’t have had a baby with Kim Kardashian.

One of the tracks on Yeezus, “I Am a God,” features Bon Iver’s Justin Vernon and is produced by Daft Punk.

Kanye’s website had a clip of ‘Ye recording the tune to the track, stating that he’s talked to Jesus — and boasting, “West was my slave name and Yeezus was my god name.”

It’s a good thing he doesn’t think too highly of himself.

Check out Kanye’s hauntingly angry “I Am a God” for yourself and let us know what you think in the comments below.