The 2013 Daytime Emmys were hosted by a trio of television veterans, but technical issues marred a usually fun evening honoring the best in daytime. 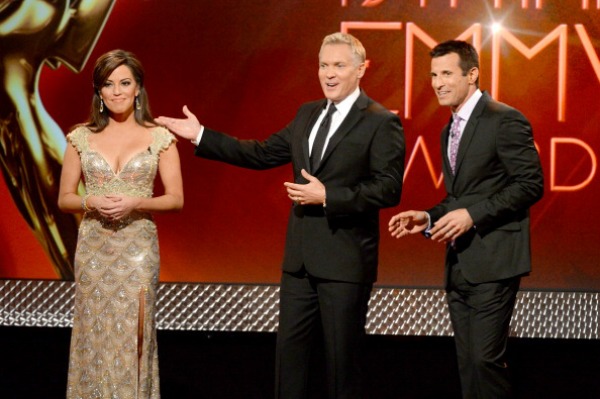 They opened the ceremony with each of them showcasing a talent. Meade impressively sang an a cappella bit, while Champion brought up a celebrity weather map and Hammer introduced the interview segment that would run throughout the show. The producers had a misguided idea to have the winners ushered immediately to one side of the stage to be interviewed by various celebrities on a couch.

The hosts really didn’t have much to do other than keep the show moving along. Unfortunately, technical issues often kept their banter to a minimum while the crew worked on fixing sound problems.

In fact, during one moment, A.J. Hammer was startled to realize the cameras were live on him. Everyone was waiting for him to introduce Jeopardy! personality Alex Trebek.

The Showbiz Tonight host quickly tried to save his segment by saying, “Well, all right, it’s my turn. Fantastic!”

However, the damage was already done. 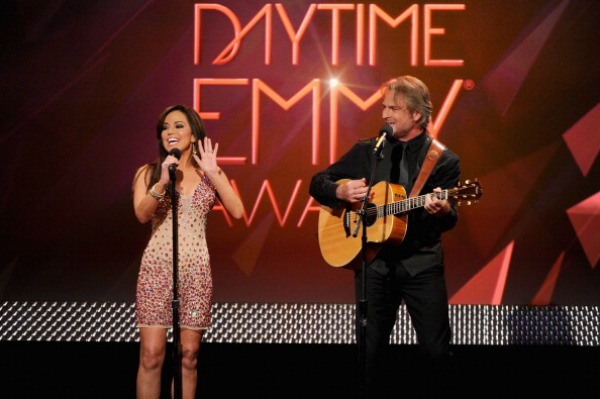 HLN also gave its Morning Express anchor time onstage to promote her new CD, Count on Me, which was released on June 11. While Meade has a lovely voice, it was awkward to have her singing the songs nominated for Outstanding Original Song from the Katie show and Good Afternoon America.

The trio did their best to keep the show moving along, and they put their game face on throughout. It’s just too bad that the sound troubles overshadowed the hosts and the winners.