Billy Joel and Elton John always made sense as touring partners, but John had had enough by 2011 and let the world know what he really thought. Since then, there has been no talk of making up, until Thursday night. 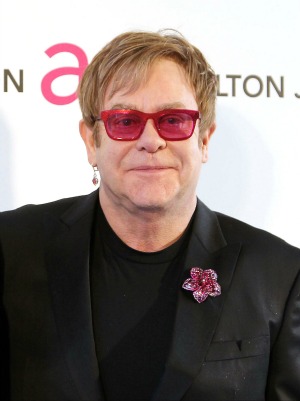 Once seemingly great friends, Elton John and Billy Joel have been at odds since 2011. That year, John gave an interview to Rolling Stone magazine that caused friction in their relationship.

In the interview, John said he felt Joel wasn’t getting the help he needed for his alcoholism and was always taking the easy way out.

“Billy’s a conundrum,” John said, according to Us Weekly. “We’ve had so many canceled tours because of illnesses and various other things, alcoholism… He’s going to hate me for this, but every time he’s gone to rehab, they’ve been rehab light. When I went to rehab, I had to clean the floors. He goes to rehab where they have TVs.”

But it didn’t end there.

John added, “At the end of the day, he’s coasting. I always say, ‘Billy, can’t you write another song?’ It’s either fear or laziness. It upsets me.”

Joel responded to John’s comment in his own interview with New York Magazine: “That’s his opinion. I don’t [write new songs] because I don’t wanna. He tends to shoot off his mouth — he shoots from the hip. I think his heart is in the right place. Maybe he’s trying to motivate me, to get me mad or something. He’s kind of like a mom.”

However, the two iconic singers seemed to put the past behind them on Thursday, during the Songwriters Hall of Fame ceremony in New York. John held out an olive branch to Joel while accepting his award at the ceremony.

“Mr. Joel, I haven’t seen you tonight, but I love you dearly,” he said.

John was accepting the Johnny Mercer Award, along with songwriting partner Bernie Taupin. Joel later took the stage to introduce a performance by members of the group Foreigner, which was being inducted, and let John know that his peace offering had been heard.

Elton John and Billy Joel first hit the road together almost 20 years ago, and they have toured together numerous times since then. Could the reconciliation mean another tour is on the way?