If you’re anything like us, you’re probably heading to the movie theaters tonight to see Brad Pitt in World War Z. Once you get home, we’re betting you’re going to want to read the book by Max Brooks and we wouldn’t be one bit surprised if doing so gets you hyped up to read more apocalyptic lit. Here are four more apocalyptic suggestions for your reading pleasure.

World War Z: An Oral History of the Zombie War 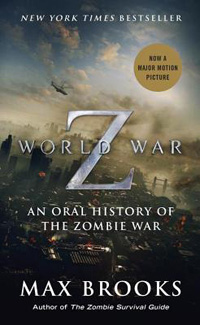 After the zombie war nearly eradicated humanity, Max Brooks traveled to the most undead-ravaged parts of the world to interview survivors from the first truly global war: the war between humans and zombies. With its faux-nonfiction style, World War Z has become a cult classic among lovers of apocalyptic and zombie fiction.

The Age of Miracles 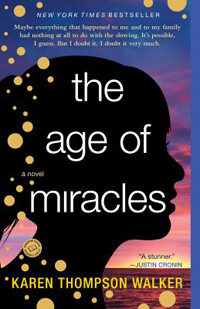 We’ve all wished for more time in the day, but what would happen if we actually got it? An apocalypse, that’s what. Coming of age is hard enough, but Julia is growing up in a time when the Earth has suddenly begun to slow in its orbit. It may seem like a benefit initially, but as “clock time” and the natural rhythms of the world grow ever farther apart, society begins to unravel. By the time the change affects society, it also begins to affect everyday life: things like plants failing to grow and the sun causing nearly instantaneous sunburn. Julia’s coming-of-age story set against the apocalypse makes The Age of Miracles a perfect read for those who aren’t yet sure they’re interested in apocalyptic fiction. 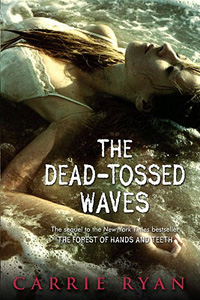 Gabry has had a good life so far: friends, family and possibly the affection of the boy she likes. Of course, she also has the Mudo — zombies, to us. Gabry and her mother Mary live at the lighthouse in Vista, where they’re in charge of disposing of the Mudo, which Mary calls the Unconsecrated. The Dead-Tossed Waves is a companion novel to Carrie Ryan’s The Forest of Hands and Teeth which, interestingly, has a much more dystopian element, despite the fact that both novels take place after the zombie apocalypse. The Dead-Tossed Waves also begins to answer many of the questions raised and left unanswered in The Forest of Hands and Teeth. If you are going to pick just one book from this series, make it The Dead-Tossed Waves. 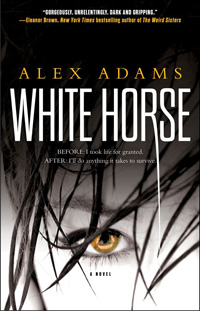 One day when Zoe comes home from work, there is a jar in the middle of her living room. With no indication how it arrived, Zoe engages friends from the museum to help her figure out what the jar is and heads to a therapist claiming she’s been dreaming about a jar. Soon after the jar appears, cats in Zoe’s building begin disappearing, then the people around her start getting sick. White Horse alternates between the rise of the plague and Zoe’s life after it, working her way across Europe searching for someone. 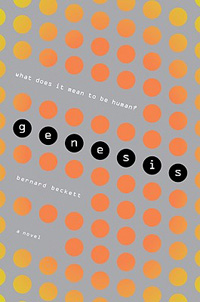 On a remote island in a post-apocalyptic world, Anax has begun her Examination. She knows her history, she’s sure of it. She has to be, of course, in order to face three Examiners and even attempt to gain admittance to the Academy. Genesis can also qualify as dystopian literature, because the government that is not quite what it seems; but as in so many dystopian novels, Anax’s government can only come to power because of the apocalypse that is in the recent past.