Despite Brooke Mueller’s upcoming completion of rehab in August, social services just filed paperwork to keep the troubled mother from her twin boys. 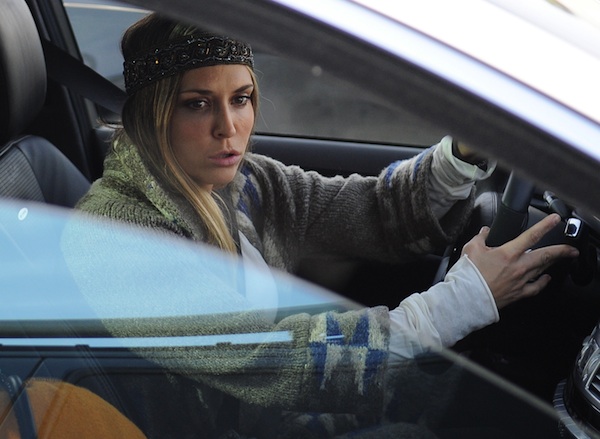 Brooke Mueller, the troubled ex-wife of Charlie Sheen, will likely face extremely sad news as she leaves rehab in the next few months. Despite Mueller’s attempts to obtain custody of her twin sons, Bob and Max, TMZ reports that the Los Angeles Department of Children and Family Services is fighting to keep the 4-year-old boys in the care of Denise Richards.

Brooke Mueller has a long past with substance abuse in addition to several drug- and alcohol-related charges.

In 1996, the sometime-actress and stepdaughter of a wealthy Florida real estate mogul was arrested at age 19 on suspicion of drunk driving. Brooke was charged with a DUI and admitted to law enforcement she was under the influence of prescription painkillers, marijuana, cocaine and alcohol.

Mueller has continued to struggle to maintain sobriety. In December 2012, she checked back into a substance abuse program. In May 2013, she was placed on an involuntary psychiatric hold at UCLA Medical Center and was required to complete a 90-day rehab stay at the Betty Ford Center. She lost custody of her children due to the May 2013 mental health breakdown.

It’s not explicitly clear why Charlie Sheen did not take custody of his own children — we can only assume the reasons stem from Sheen’s own sordid past. But Denise Richards has clearly devoted herself to the two toddlers, innocent victims of adults playing out a tragic Hollywood stereotype.

Charlie Sheen is reportedly supportive of the decision to prohibit Brooke Mueller from regaining primary custody of their children. DCFS has filed legal documents outlining the evidence as to why Mueller is unfit to serve as her children’s caregiver.

Brooke is scheduled to leave rehab in the next 60 days.