John Stamos is an audience favorite from his Full House days. However, his favorite person from those days seems to be his former co-star, Lori Loughlin. Uncle Jessie and Aunt Becky liked each other in real life, too. 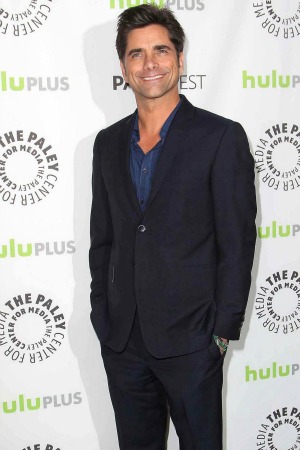 Workplace romances happen all the time, especially in Hollywood. Now one star is talking about one of his former cast members who managed to slip through the cracks while they starred on an ABC sitcom together.

In a recent interview with HuffPost Live, John Stamos revealed that he had a longtime crush on Lori Loughlin during his Full House days. This revelation comes right on the heels of Loughlin sharing similar sentiments, also with HuffPost Live, when she talked about a romance that never happened because their “timing was always off.”

Stamos took it one step further, describing the one date the co-workers went on.

“[We] went on a date to Disneyland before, you know, before we were both married. In real life, when we were 18, 19 years old. We did have some off timing, but no disrespect to her family and her husband now, I would say that she could be the one that got away.”

That’s a pretty bold statement from a man who was once married to supermodel Rebecca Romijn. He divorced Romijn in 2005, and while he has dated other women, Stamos has not remarried.

As for 48-year-old Loughlin, she is married to fashion designer Mossimo Giannulli, and they are parents to two daughters.

The former 90210 star revealed, “We were great friends… and we have chemistry. I was actually married at the time I was doing the show and then I got divorced, and when I got divorced he met Rebecca [Romijn] and he got married. So our timing was just really off, so I don’t think it really even entered our minds that it would be something more.”

“She’s one of my dearest friends, and that’s good enough,” continued Stamos. “But I really do adore her. She has a great husband and he’s got a lot of money so…”

It looks like that fairy tale of Uncle Jessie and Aunt Becky living happily ever will remain nothing but a fantasy for all of those Full House fans.