50 Cent continues to work behind the scenes. He’s joining the world of scripted television with a new drama called Power. 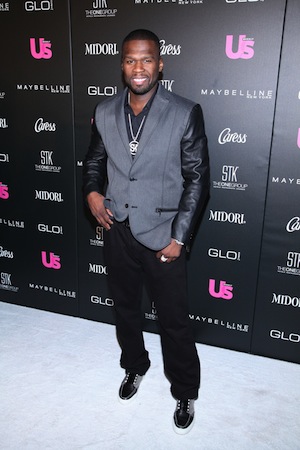 Curtis “50 Cent” Jackson continues to diversify his résumé. The rapper-turned-actor is now a thriving TV producer. His latest project has him joining forces with Starz. It’s called Power, and it’s a new drama set in the underbelly of New York City.

According to the New York Times, Power was created by Courtney Kemp Agboh, one of the producers on CBS’ The Good Wife. The series will follow a man named James St. Patrick. He’s a nightclub owner who’s known by locals as Ghost, and he’s leading a double life.

50 Cent is the latest celeb to pen diet book >>

“When he is not in the club,” says a Starz press release, “he is the kingpin of the most lucrative drug network in New York for a very high-level clientele. His marriage, family and business all become unknowingly threatened as he is tempted to leave his criminal life behind and become the rags-to-riches businessman he wants to be most of all.”

Jackson himself says Power won’t shy away from the truth. As a New York City native, he wants to portray the environment in a genuine way.

He explains, “In the small print in the newspaper every day, there’s a list of things that are happening, that are not actually being covered on the front page.”

Power is the latest in a line of original programming Starz is bringing to the table. Following the cancellations of Spartacus and Boss, the TV channel needs fresh material. Production on Power will begin later this year, with the first season scheduled for 2014.