Farrah Abraham just made herself a very powerful enemy in Hollywood: Charlie Sheen. 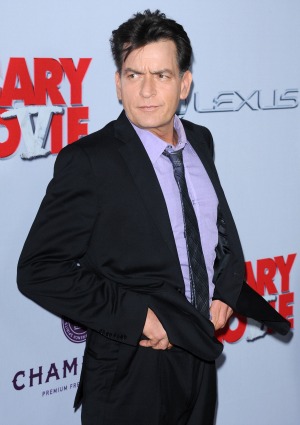 It was an unlikely friendship that ended with a bang — just not the sort of bang one would expect from the parties in question. Charlie Sheen has ended his short-lived acquaintance with sex tape/Teen Mom star Farrah Abraham after the aspiring starlet publicly released private text messages between the two.

The messages themselves were innocuous enough: Abraham chatting Sheen up for a business meeting and/or date and angling for a role on Anger Management to kick-start her new career in La La Land. But despite the fact that nothing he said made him look bad, Sheen is absolutely irate that his privacy was invaded.

Turnabout is fair play, of course, so Sheen let Abraham have it just as publicly: in an open letter released to TMZ.

“your daughter must be so proud.

“please send my number to middle earth and if allowed, eagerly follow it into said abyss and slam the door behind you. the world will collectively sigh as the pungent memory of you vanishes into the pedestrian troposphere of lame-suck and zero-life.

“oh and I’m sure they’ll wave the cover charge when they see your tranny-boobs and five o’clock shadow.”