Disney is teaming up with one of pop music’s hottest singers, Carly Rae Jepsen, to give a new sound to “Part of Your World” for The Little Mermaid Diamond Edition release. 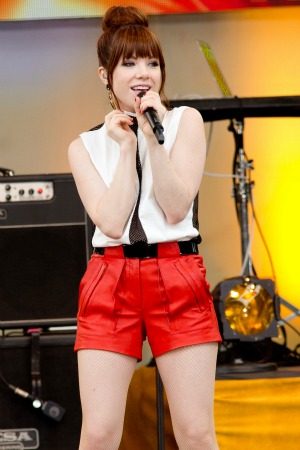 On Oct. 1, the beloved song from The Little Mermaid, “Part of Your World,” is getting a whole new sound from Disney. Joining The Walt Disney Studios for the Diamond Edition release of the animated film is Carly Rae Jepsen.

Jepsen will record a new version of the song and shoot a music video to give it a fresh spin for a new generation. The 1989 film was the catalyst for the Mickey Mouse company’s return to the golden age of animation.

The song was written by composer Alan Menken and lyricist Howard Ashman. Broadway actress Jodi Benson not only voiced the character of Ariel, but she also sang the title song. The tune features the young mermaid’s frustration at living under the sea because she wants to be a part of the human world.

Jepsen burst onto the music scene with her summer anthem “Call Me Maybe” in 2012. The song hit No. 1 on the Billboard Hot 100 chart and stayed there for nine consecutive weeks. Her stellar year included a 2012 American Music Award for Best New Artist and two Grammy nominations for Best Pop Solo Performance and Song of the Year.

The Diamond Edition for The Little Mermaid will have new exclusives for fans. The music video with Jepsen will be included along with bonus features from the film, and the audiences will be able to see the movie in Blu-ray 3D, Blu-ray and High Definition digital platforms.