Actress Melissa McCarthy finally speaks out at length about the derogatory comments made by a reviewer back in February.

When reviewer Rex Reed made some disgusting comments about actress Melissa McCarthy, calling her 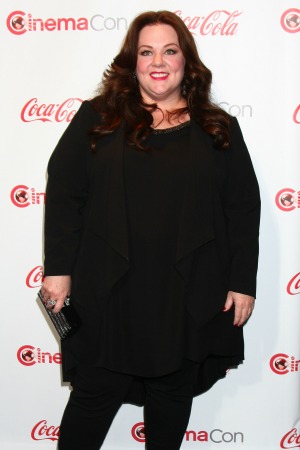 “obese,” “tractor-sized” and a “hippo,” Miss McCarthy took the high road and basically ignored him. While we applaud her for not letting Reed’s comments get to her, we’ve always been a little curious to know what went through McCarthy’s mind when she read what had been said about her. Other than a brief comment in an interview with the New York Times in April where she simply said, “Really? Why would someone okay that?” McCarthy has stayed mostly mum.

The Heat: Trailer, cast and more >>

After months of mostly silence, McCarthy has finally spoken out about the incident and in doing so, proves once again why she’s on a much higher level than a guy who resorts to playground insults to try to make himself sound more important.

In the interview with the NY Times, McCarthy talked more about the reviewer (without mentioning his name, again a very classy move) than herself. “I felt really bad for someone who is swimming in so much hate. I just thought, that’s someone who’s in a really bad spot, and I am in such a happy spot. I laugh my head off every day with my husband and my kids who are mooning me and singing me songs.”

McCarthy did admit, however, that if she had seen comments like that in her 20s it might not have been so easy to ignore them. “It may have crushed me,” the actress admitted.

But with her happy life, McCarthy is more worried about the effect an article like that could have on younger girls. She said we have “a strange epidemic of body image and body dysmorphia” these days and articles like Reed’s “just add to all those younger girls, that are not in a place in their life where they can say, ‘That doesn’t reflect on me.'”

“That makes it more true,” she said. “It means you don’t actually look good enough.”

McCarthy takes the health and safety of young people very seriously. Last month she didn’t hesitate to fire an extra for roughing up a child on the set of her latest movie, Tammy.