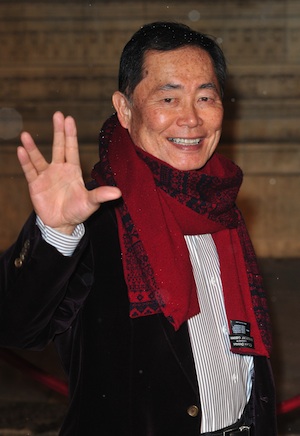 George Takei and his Facebook profile are legendary. Takei has over 4 million fans (and climbing) and is best known for his unique ability to create viral content.

The best celebrities on Facebook: 70 million fans and counting >>

As a follower of George Takei on Facebook, the man is a comedic genius. So it’s with great sadness that we reveal: George Takei uses a ghostwriter on Facebook. His name is Rick Polito and he makes $10 per Facebook joke from Takei.

Quick, witty posts coupled with hilarious photos and memes make Takei a social media gem. And perhaps most noteworthy, the Star Trek alum is usually transparent with Facebook updates that he gets from fan submissions.

Takei’s Facebook fan page is deliberately written from his point of view, which is what makes reports of his frack of authenticity so tough a disappointment.

George Takei commented on Polito’s ghostwriter admission to Wired magazine. “What is this hoo-ha about my FB posts?” said Takei to the magazine via email. “I have Brad, my husband, to help me and interns to assist. What is important is the reliability of my posts being there to greet my fans with a smile or a giggle every morning. That’s how we keep growing.”

Hmm. We have to say, that is a perfectly reasonable explanation. Moreover, Takei helped ease the pain a bit for his Facebook fans: If it sounds like the words are from George Takei, than they most certainly are. “The commentaries are mine,” he said. “They are authentically mine, I assure you.”

On Wednesday, Rick Polito reached out to Jim Romenesko (again) and apologized for any miscommunication his admission created. “I don’t update his page. I’ve had no direct contact with George. I’ve sent him some memes, as have other comedian types and I was happy for the exposure.”

Uh, so this information would have probably been useful last week. Thanks.

Kisses to George Takei from yours truly, a forever Facebook fan.