Sarah Palin is headed back to Fox News after quitting less than six months ago. Her paid consultant gig includes a new job with Fox Business Network, too. 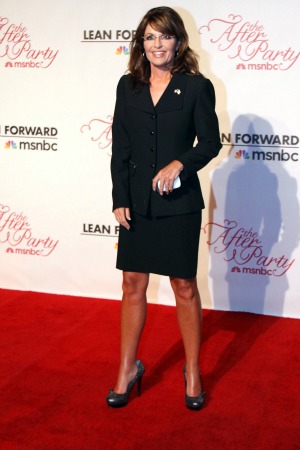 Just as soon as she’s out, she’s back in again. On Thursday, it was announced that Sarah Palin was rejoining the Fox News network.

Less than six months ago, the former Alaska governor decided not to renew her three-year contract. At the time, Palin was disgruntled due to her lack of commentary at the August 2012 Republican National Convention.

At the time, she wrote on her Facebook page to complain about the situation, “I’m sorry Fox cancelled my scheduled interviews tonight because I sure wanted to take the opportunity on the air to highlight Senator John McCain’s positive contributions to America…”

She must have changed her mind over the past few months because an official statement went out saying, “The power of Fox News is unparalleled. The role of Fox News in the important debates in our world is indispensable,” said Palin said. “I am pleased and proud to be rejoining Roger Ailes and the great people at Fox.”

Ailes, the chairman and CEO of the cable channel, agreed with Palin’s statement.

He shared in his own statement on Thursday, “I’ve had several conversations with Governor Palin in the past few weeks about her rejoining Fox News as a contributor. I have great confidence in her and am pleased that she will once again add her commentary to our programming. I hope she continues to speak her mind.”

The new contract involves more screen time as Palin was hired as a paid contributor for Fox News and the Fox Business Network. Her first appearance will be on Monday, June 17, on the morning show Fox & Friends.

Her former contract was reportedly worth $1 million per year, according to the New York Times. There is no word yet on how much her new contract is worth, but Palin is guaranteed to make headlines again for the cable channel.