Mumford & Sons’ bassist, Ted Dwane, was released today after undergoing brain surgery, but three more shows were canceled as the musician is still on the mend. 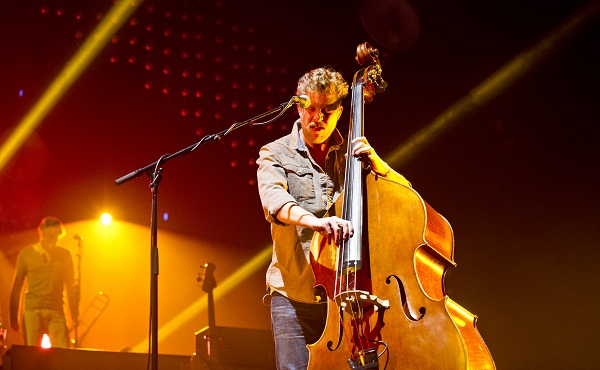 You can breathe, again, Mumford & Sons fans: Ted Dwane is out of the hospital and doing fine.

Earlier this week, Mumford & Sons bassist Ted Dwane was admitted to the hospital after feeling ill for several days. Doctors discovered a blood clot on his brain and the bassist was rushed to surgery.

Mumford & Sons immediately let fans in on the unfortunate events, as the emergency surgery meant the folk-rock band was forced to reschedule three of its upcoming U.S. shows in Dallas, New Orleans and The Woodlands, Texas. In a statement, the group (known for its love of touring) maintained that the shows were not canceled and that it had every intention of re-booking just as soon as possible.

Now that Dwane has been given the all clear and released from the hospital, life for the Gentlemen of the Road (as they’re often called) isn’t quite back to normal just yet. With the announcement that its bassist is making a full recovery, the band also announced the unfortunate cancellation of its performance at this weekend’s Bonnaroo music festival and its appearance in Telluride, Colo. The band is also canceling its show in Bonner Springs, Kan., which was set to be the end of the “Summer Stampede Tour.”

Cancellations aren’t something any band takes lightly, and the Grammy-winning Mumford & Sons stressed that it was only due to doctors’ orders. So far, docs have yet to tell Dwane he or the band should abstain from England’s Glastonbury festival, where they’re scheduled to headline at the end of the month.

While festival- and concert-goers are presumably disappointed, the band, doctors and fans are all just hoping for a full and speedy recovering from the grinning bassist.

Get all the latest music news sent to your inbox when you sign up for our newsletter! >>