Warning: NSFW! While this video has us in stitches, just like Girls, it’s a little risque. Don’t let your boss peak over your shoulder for this one. 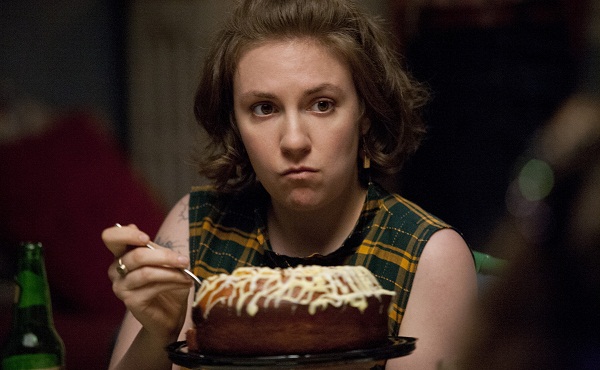 Truth: We love Girls as much as the next person. (Read: Opinions vary greatly between episodes and writers.) We don’t necessarily think its creator and writer, Lena Dunham, is the voice of our generation — though admittedly, we’re not sure who could fill that role. But we do think she knows how to write television that’s hard to turn off.

Bad news: Charlie won’t be around for more Girls >>

You know what else is hard to turn off? This amazing mini-episode from a parodied Girls Season 38. Just watch…

Let’s face it: Our lead girl, Hannah, has a life like the remainder of a car wreck on the side of the highway. It’s ugly, its most intense moments are behind it and it will probably cost more than it’s worth. Yet… you can’t look away. You study it. You imagine what it must have felt like to be there, but you’re glad you were not. You scoff at the bad driving and how it all could have easily been avoided. Hannah’s life would be drastically different if she’d take a little more responsibility for it, work a little harder at looking ahead and for God’s sake stop scoping the hot guy behind her.

“Girls Season 38″ takes a look at what life with Hannah would look like if, 35 years later, she’s yet to own up to her mistakes, belly up to her responsibilities and zip up her freaking jumper.

What do you think? Did the ladies get it right, or are you offended by the parody? Tell us what you think of Girls and of “Girls Season 38!”