Lindsay Lohan decides to leave Betty Ford clinic and move to Cliffside Malibu for the remainder of her court-mandated 90-day treatment.

Actress Lindsay Lohan has had a few issues recently, but was supposedly getting the help she needed at 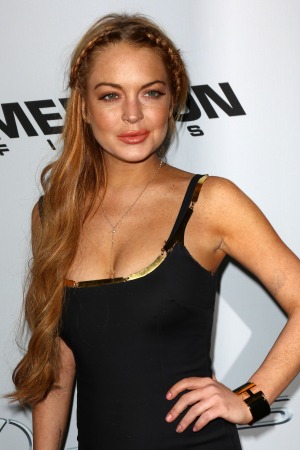 the Betty Ford clinic. Last month, though, Lohan was apparently upset at the treatment she was receiving there and wanted to leave, but officials wouldn’t let her. After that, things apparently got worse and she packed on the pounds as she sought comfort in food.

Now it looks like Lohan’s had enough trouble at Betty Ford and has decided to move to a new rehab center. Fox News reports that the actress endured “several problems” during the time she’s been in lockdown at California’s Betty Ford clinic, and will now be seeking help elsewhere.

Sources close to the situation tell have reportedly said that the district attorney approved the change earlier this week, and on Thursday Lohan would be relocated to Cliffside Malibu.

Will changing rehab clinics be a good thing for Lohan? It looks like it might be just the thing she needs right now. Sources tell Extra that everyone involved with her case is on board with the move, including the prosecutors, judge and Lohan’s lawyer. Lohan must complete a total of 90 days in rehab and while Betty Ford is considered best for 30-day treatment, Cliffside is better for longer stints of treatment.

Lindsay Lohan’s mother: Hot mess in the Hamptons, skips out on $4K tab >>

Lohan is in rehab after pleading no contest in March to misdemeanor charges stemming from a June 2012 car accident, reckless driving and providing false information to a police officer. Her sentencing included 90 days in a lockdown rehabilitation center, 30 days of community service, and 18 months of mandated psychotherapy.

Hopefully this move will work out for Lohan and she does have some people on her side. Last month Rick Schroder spoke out about Lohan’s troubles, saying that he felt sorry for her, and even Baz Luhrmann is rooting for her, saying he’s hopeful that Lohan would bring herself back from all of this.