Avril Lavigne and Chad Kroeger surprised the world when they announced their engagement. But even as a rockstar, Lavigne still acts like a giddy girl in love. 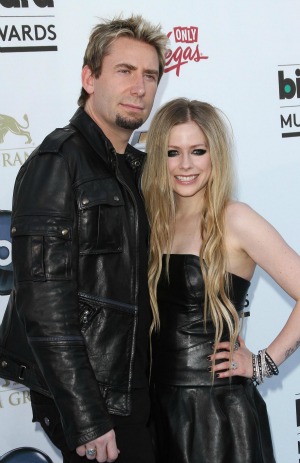 It’s hard to believe it has been a year since Canadian musicians Avril Lavigne and Chad Kroeger announced they were engaged. (That’s also when many of us found out they were even dating!)

Lavigne spoke with Us Weekly about the wedding planning and what to expect from the star-studded event. You might think the couple would opt for a more low-key ceremony, but it looks like it will be anything but that.

“I’m the one who has the crazy vision and he’s letting me be me,” Lavigne told the magazine about how Kroeger is dealing with the plans. “I just want to make sure I really enjoy this amazing time and I want all the guests who come to have this once in a lifetime experience. I want everyone to say ‘Wow!’ and for it to be special for everyone, not just us.”

Lavigne went on to say the venue is “out of control” but didn’t elaborate further on where it might be.

“If I told you no one would be wowed,” she said. “But I’ll say the best part about the wedding is the location.”

Lavigne was previously married to Deryck Whibley from Sum 41. She met Kroeger, who is 10 years older than her, while they were collaborating on a song together last year.

“The duet that I have with Chad is called ‘Let Me Go,’ and that song is about . . . going into a new relationship or moving on,” she told the magazine. “Obviously I’ve been married before and have had other relationships before, and sometimes you love more than once in a lifetime. ‘Let Me Go’ is the journey of love in one’s lifetime.”

She said she and Kroeger also did a second song together but no one will hear it until after their wedding and it will not be appearing on her new album. But that decision was because it’s so special for both of them.

“It’s going to be our wedding song, so we’ll have to release it after,” she said.

WetPaint.com is reporting that the pair is set to marry on June 15, but they have not yet confirmed their wedding date.