What would posses a group of teens to rob their favorite celebrities? Find out in this behind-the-scenes featurette from The Bling Ring. 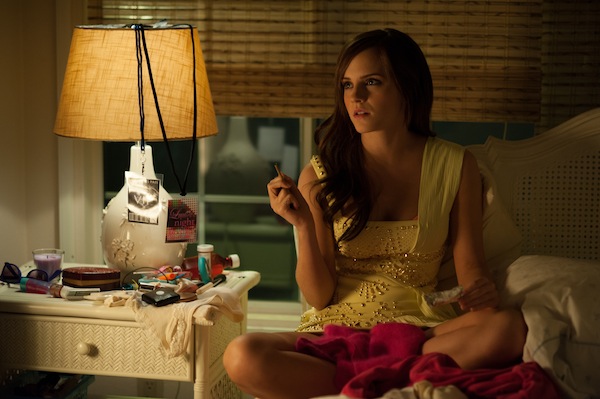 A24 Films has released a new featurette for this month’s The Bling Ring. It’s written and directed by Sofia Coppola and is inspired by actual events. What happens when a group of Hollywood-obsessed teens go on a looting spree? Drama!

The Bling Ring features Emma Watson as a member of this notorious group. She and her friends don’t just like what Paris Hilton has — they want it. With the click of a button, they’re able to find actors, socialites and musicians’ addresses and schedules. It helps determine when their targets are the most vulnerable.

In the following video, Coppola and producer Youree Henley discuss the story behind The Bling Ring. What were the character’s real motivations, and what should audiences take away from it? They’re definitely not trying to glorify the group’s actions. But they are shedding a light on their point of view.

Some of their victims included Hilton, Lindsay Lohan, Audrina Patridge (from The Hills), Rachel Bilson, Megan Fox and Brian Austin Green and Orlando Bloom and Miranda Kerr. In 2009, no one was safe.

Check out the featurette below:

Will you be seeing The Bling Ring next weekend?