Robert Pattinson has taken up a second career. He’s the latest spokesperson for the Dior brand, joining an elite group of actors and models. 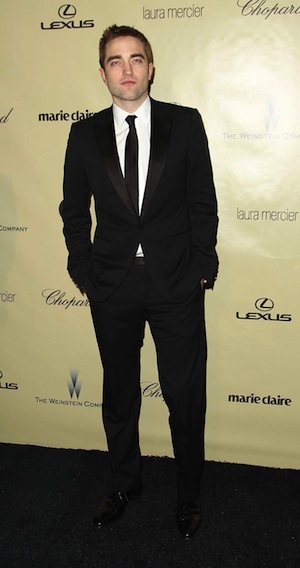 Robert Pattinson is putting his angled features to good use. The British actor is turning model for Dior. Pattinson will be the new face of the fragrance Dior Homme. Now that the Twilight franchise is over and done with, he’s expanding his horizons.

According to USA Today, the fashion house confirmed the news on Wednesday.

“The House of Dior is delighted to announce that actor Robert Pattinson is to be the new face of Dior Homme fragrance. He has since proven the scope of his acting talents by choosing films as varied as Remember Me …, Water for Elephants … in which he starred alongside Reese Witherspoon, or with his role as Bel-Ami, the famous Maupassant character.”

Robert Pattinson and his shameful secret >>

They went on to clarify that the “new Dior Homme communication campaign is currently broadcast exclusively in Europe (except U.K.) and Asia (except China and Japan).” So it looks like Americans are getting the short end of the stick. But don’t be too upset; the ads shouldn’t be hard to find. A quick internet search can get you up to speed.

Last fall, E! Online reported that Pattinson stood to make a pretty penny from the gig. A source said the actor’s a fan of the brand and could earn around $12 million for a three-year run. Pattinson joins the ranks of previous Dior faces such as Natalie Portman, Jude Law and Charlize Theron.

Do you think Robert Pattinson has model good looks?