Jennie Garth and Peter Facinelli are officially divorced after 11 years of marriage. The couple worked out an amicable agreement for the sake of their kids. 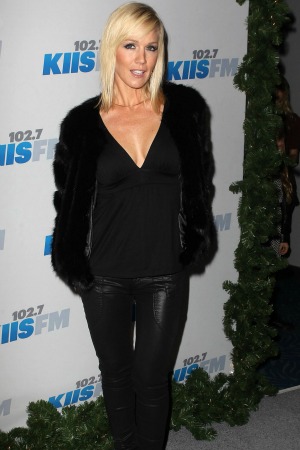 It’s not often that a celebrity divorce in Hollywood ends well, but for Jennie Garth and Peter Facinelli, it did. The former couple has finalized their amicable divorce, proving that they’re putting their kids first.

The duo announced the end of their union back in March 2012, after 11 years of marriage. During their time together, Garth and Facinelli had three daughters: Luca Bella, 15, Lola Ray, 10, and Fiona Eve, 6.

While unsubstantiated rumors about Facinelli’s infidelity were initially reported as the cause of the demise of their marriage, it turned out to be the usual irreconcilable differences.

The Twilight star had been commuting between Vancouver and New York City for his gig in the vampire saga in addition to his role on Nurse Jackie, while Garth stayed with the kids in their Santa Ynez Valley ranch home.

Garth opened up to People about her divorce. “I didn’t want it to happen. It took me some time to come to peace with it.”

Both parties have since moved on, with Facinelli dating his Nurse Jackie costar Jaimie Alexander while Garth has been dating musician Jeremy Salken from the band Big Gigantic. Their happiness clearly showed in the divorce agreement that was finalized on Tuesday.

TMZ is reporting that the couple have both declined spousal support since they’re both working actors. They decided to each equally fund a joint bank account for their three daughters for their education and any particular needs. Both parents will have access to the accounts as well.

As for a custody agreement, there isn’t one. They’re going to share 50/50 custody and handle the arrangements themselves without any documentation.

Is this perhaps Hollywood’s friendliest divorce?