Singer LeAnn Rimes talks on The Wendy Williams Show about rehab, her new album, her husband’s ex-wife, her stepsons and how she’s felt misunderstood and misrepresented for years. 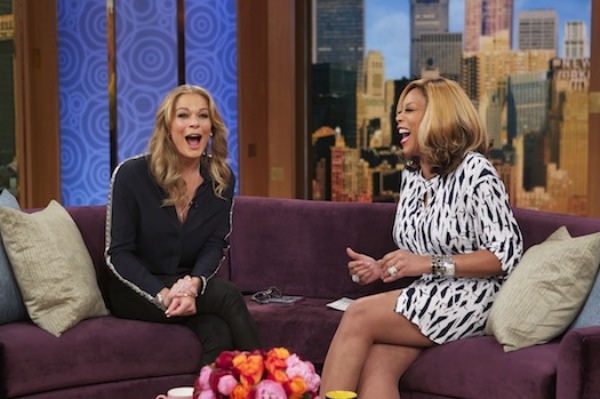 Country star LeAnn Rimes got open and honest in a conversation she had on The Wendy Williams Show. Rimes started off the interview by showing off a pair of rocking peep-toe boots for the shoe cam, and then went on to talk about her new album, Spitfire.

“I kind of feel misunderstood and misrepresented for the past four-and-half years, so it feels nice for people to start getting it,” Rimes said about the positive feedback she’s gotten from fans and the album’s success. Rimes added that she “wrote it as LeAnn the human being.”

Host Wendy Williams then switched gears to talk about the affair Rimes had four years ago with then-costar Eddie Cibrian that led to the two of them getting married. About their initial meeting, Rimes said it was “kind of awkward,” but they eventually “had a really good conversation” and that was all it took.

Rimes also talked about the story that her Twitter enemy, her husband’s ex-wife Brandi Glanville has put in her book about when she knew that Rimes and Cibrian were having an affair. According to Glanville, she walked in to see that Rimes had spilled something on her shirt and was asking Glanville’s husband to lick it off.

Rimes said that the story was “a complete lie,” adding, “On my drunkest day I would never have done that.”

Despite the rocky start, Rimes said that she and Cibrian are incredibly happy, but when it comes to going to events with her husband’s sons, “people can be judgmental so it’s a little hard to go to school plays and stuff,” but added that “I have the right, as any other stepmom, to love my stepsons the way I love them. They’re fantastic.”

When talking about the photos that surfaced around the time that Rimes checked herself into rehab last August, showing the star looking incredibly thin, Rimes said, “I’ve been 100 percent honest and said I’ve never had a problem with eating, trust me,” adding that “it was just stress. It was just my body’s way of dealing with it.”

Check out the video to see the interview in its entirety and see Rimes talk about having children with Cibrian, whether she’d ever want to be on a reality TV show and more.

Considering the other cringe-worthy interviews that Rimes has given in the past, this one was actually pretty good.

Image courtesy of Anders Krusberg for The Wendy Williams Show