Follow the yellow brick road to Oz: The Great and Powerful. The epic fantasy hits shelves today and is yours for the taking. 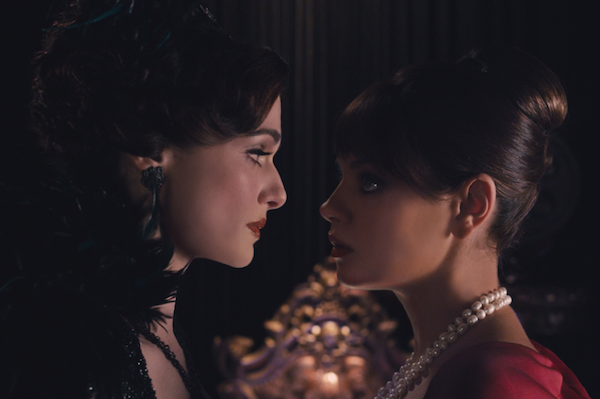 This week, bring the magic of Oz: The Great and Powerful home. Disney’s releasing a Blu-ray combo pack, which includes a single disc, digital copy and 3D Blu-ray. The studio’s unveiled three preview clips from the film as well as a gag reel.

Oz: The Great and Powerful tells the story of how Oscar Diggs (James Franco) became the Wizard of Oz. It focuses on his first trip to the land where he meets three witches: Glinda the Good (Michelle Williams), Theodora (Mila Kunis) and Evanora (Rachel Weisz). His arrival changed their lives and the citizens of Oz forever. Before there was Dorothy, there was Oscar.

Oz: The Great and Powerful originally hit theaters March 8. It grossed over $233 million domestically and an additional $257 million overseas. That’s an impressive tally. It was a huge success, becoming the second highest-grossing film of the year to date (behind Iron Man 3).

Check out the preview clips below:

Oz: The Great and Powerful is directed by Sam Raimi and co-stars Zach Braff, Joey King and Bruce Campbell. The film is available on Blu-ray and DVD now. Run out and get your copy.

Will you be picking up the Blu-ray combo pack?