We’re only one episode in on ABC Family’s brand new drama, Twisted, and there’s already been a murder. We’ve got our theories about the culprit! 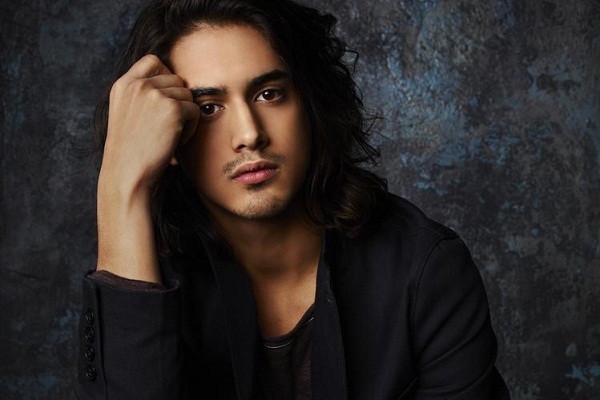 Yes, it’s early. But, we think we’ve got this case cracked. Maybe.

On this week’s premiere of Twisted, we watched as Danny Desai returned to school five years after he strangled his aunt. The entire school was in a tizzy over his return, and at first, his two former best friends wanted nothing to do with him. But things changed as Danny blinked those stunning, helpless brown eyes. That is, until the one and only girl who showed any interest in him turned up dead after a party at her house and a round of texts to the one-time murderer.

Once again, Danny is placed under the hot lights, his best friend Jo’s father is doing the questioning and the entire school is pointing fingers. But did Danny really kill Regina? We’ve got our own theories. 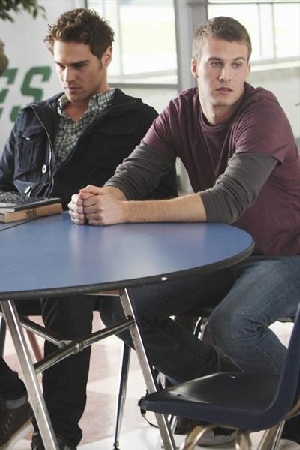 Regina was one focused girl who wanted nothing more than to get into Danny’s pants. Danny just wasn’t interested, though. The only time Danny showed any interest in anyone other than his two former best friends was when Scott got too rough with Jo and Danny whispered something menacing into his ear. At the assembly, after Regina’s murder, Scott told the gang that he offered to sleep with Regina when Danny refused.

Scott was already hopped up from the near fight with Danny. Add that to Regina’s dismissal of him when she opted to instead hold out for “Socio” (Danny’s nickname, thanks to Lacey). Could he have been mad and drunk enough to try to hurt Regina and end up killing her instead? Definitely! Realizing what he’d done, he could have easily texted Danny to try to set him up.

Archie supposedly wasn’t at the party where Danny got into it with Scott and eventually left in the back of Lacey’s car. But Regina mentioned trying to get him to the party so they could have a “stud-off” between Danny and Archie. If he showed up just in time to see Lacey and Danny leave together, he might have gone crazy enough to kill Reggie and try to frame Danny for it.

ABC orders up full seasons of Twisted and The Fosters >>

Danny’s mom did it

Stick with us on this: As we found out at the end of the premiere of Twisted, Regina was wearing the exact same necklace as the one that Danny’s aunt — the one he killed — wore. Danny asked how Regina ended up with it, but she wouldn’t say. When they found Regina, she was no longer wearing the necklace, though she apparently never took it off before then. The episode concluded with Danny in his room, the necklace in his hands. Was it Regina’s? Or was it his dead aunt’s? Is it the same necklace or two identical necklaces?

Danny might have killed his aunt to keep the secret safe from the general public, but what if Mr. Desai’s extracurricular activities made it back to Danny’s mom (Denise Richards) and she took things into her own hands with Regina?

In school, Jo’s psychology class learned the definition of a sociopath. Her teacher goes on to explain that even though sociopaths “lack real human emotion, they are d*** clever at mimicking them.” Danny is certainly capable of showing the emotion he thinks will earn his former friends’ trust again, right? Maybe, just maybe, it’s him. Their teacher also says, “Most sociopaths don’t bother killing people; it requires too much effort.” Maybe Danny is a sociopath, but he still didn’t kill Reggie?

What do you think, fellow Twisted fans? Are we on the money, or do you have a theory of your own?