That’s right ladies, British actor Henry Cavill is so darn hot, you won’t notice the movie’s story flaws or flimsy premise. With actors like Russell Crowe and Kevin Costner, it is the best acted eye candy blockbuster of the summer. We think it’s just super! 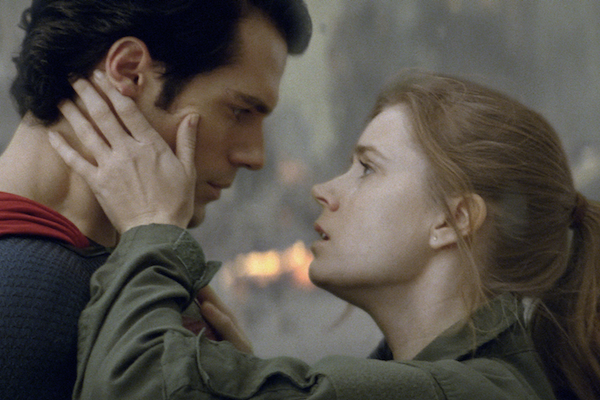 4 Stars: Perfect for adventure seekers and their families

Man of Steel opens with the birth of baby Kal-El (the future Clark Kent), the first non-genetically engineered Kryptonian child to be created the “old-fashioned” way on planet Krypton in centuries. His parents, Jor-El (Russell Crowe) and Lara Lor-Van (Ayelet Zurer), are suddenly forced to send their wee-one to Earth however, due to Krypton’s imminent destruction.

When Jor-El decides to include Krypton’s codex that contains superior Kryptonian genetic material with his son to Earth, arch-rival General Zod (Michael Shannon), vows to hunt down the babe and retrieve the prized codex.

Battle of the flicks: Man of Steel vs. This is the End >> 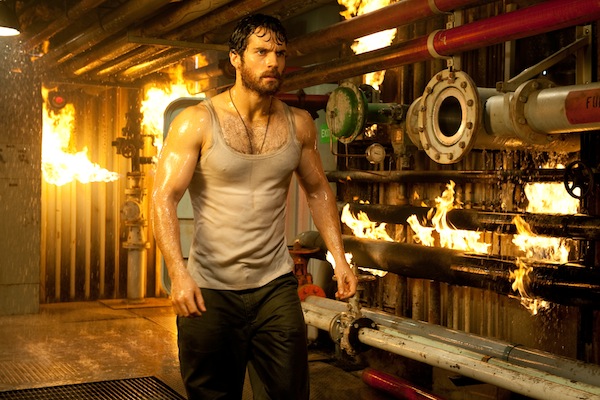 Now living on Earth, adult Clark Kent (The Tudors’ Henry Cavill) has a problem. His superhuman strength made him a freak in his small-town Kansas community and the blue-eyed hottie is now relegated to drifting from one low-wage job to another, trying to blend in. This super dude isn’t your typical action hero — often brooding, he finds himself on a quest to discover his true self. He says to his father Jonathan Kent (Kevin Costner), “I have so many questions. Where do I come from?” Little does he know that a perplexing discovery in the Arctic ocean may provide some difficult answers.

Lois Lane (Amy Adams), is a journalist investigating this otherworldly object that she suspects may be a UFO. Clark is doing grunt work in the area and is mysteriously drawn to the object as well. When Lois discovers Clark has “unusual powers,” she becomes desperate to tell his story in the Daily Planet. It’s no surprise however, when he declines the offer. He still believes the world isn’t ready to accept his powerful eccentricities despite his dashing good looks and ginormous, rippled biceps (sigh).

But Clark/Kal-El has bigger worries than being front-page fodder. His nemesis, General Zod from Krypton, manages to determine the star-child was sent to the third rock from the sun. Zod arrives on Earth in a giant, winged-insect inspired ship and threatens to destroy our planet if Clark/Kal-El and the codex are not surrendered to him. And the battle to save humanity begins. 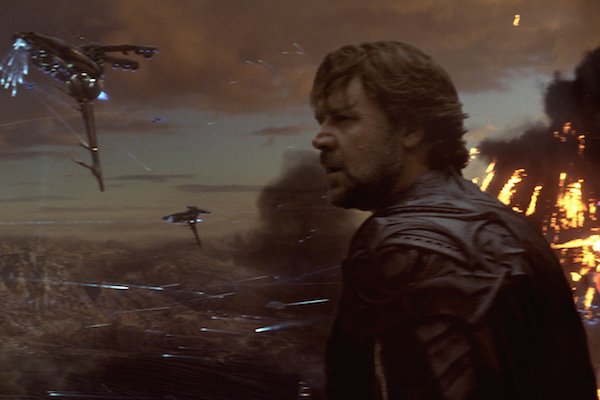 OK, so the premise is a bit wobbly for a story about a Man of Steel, but it’s a superhero movie, folks. The actors really sell it. There is real chemistry between Cavill and Adams, they really flirt it up when she gets all sassy asking him about the “S” on his suit. By the way, the name “Superman” is never used in the film. I suspect the legendary moniker will materialize in the Steely-man’s sequel, which Warner Brothers is rumored to be fast-tracking.

I’m giving you permission to overlook the strange obsession Zod has with his decimated planet’s bloodlines and how the story plays fast and loose with the time line (the homing beacon in the crashed spaceship still works after 18,000 years and just happens to be discovered by humans while Clark Kent is having an identity crisis?).

Run time is 2 hours, 23 minutes! I suggest you download the RunPee App for the best times to pee during this movie.