EDM/pop/punk trio U.G.L.Y. turned to their mentor and the head of their record label, pop superstar Chris Brown, to direct the video for their single “Redd.” 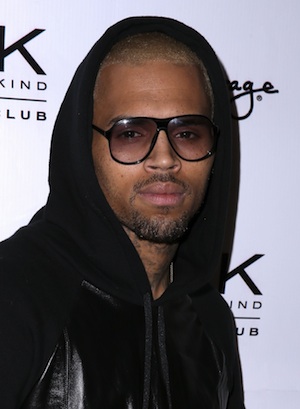 He makes fun songs that are great to dance to. “Forever” is probably one of the best dance songs ever.

But Brown makes it really hard to like him. For every fun song, there’s a nightclub brawl, a neck tattoo supposedly of a “sugar skull” or a misogynistic off-hand remark.

And we haven’t even mentioned Rihanna.

But we can look past his personal life, right? Brown continues to make poppy dance music, has a very loyal fan base and has his own record label, CBE — which stands for Chris Brown Entertainment, or as MTV found out “culture beyond experience,” if you ask him directly.

And now he’s adding a new title to his name: director.

Stormi, Mijo and Braxton formed U.G.L.Y. in 2010 and have a strangely distinct sound. Part EDM, part R&B and part punk, Braxton explains in a recent press release, “We’re a melting pot of music. The goal is to reach as many people as possible. We’re pushing boundaries and incorporating so many styles into what we do.”??

The same press release calls Brown a “creative visionary” and explains that he was an integral part of the band’s first video, “Redd.”

Band member Mijo explains, “[Chris is] like a part of our band. He’s as creative as we are, and he sees art and music the same way. It’s incredible to have a partner like him.”??

So what does the video look like? Well… You’ll just have to see for yourself. We have it posted below.

Now, I’d like to have you watch it without commentary, but I have to say this: I don’t think Chris Brown realizes what he said through the direction of this video.

Maybe I’m giving him the benefit of the doubt here, but I can’t imagine why someone who is constantly trying to defend himself against being an abusive person with a temper would make a music video where semi-naked women are covered in blood.

Look, I understand art, but when the only people in your video who are bathed (literally) in blood and having strange, experimental, nude blood transfusions are women, you just can’t hide the fact that the direction of the video is a bit misogynistic — especially considering the two guys in the band are dressed in all black and are the ones doing all of the “experimentation” on various women, including their band mate, Stormi.

Needless to say, for a young, hip and upcoming band, U.G.L.Y. could have done a lot better than this video. And I believe the blame falls squarely on the director’s heavily tattooed shoulders.

I want to like Chris Brown. I really do. He just makes it very hard.

What do you think of Chris’s video? Let us know in the comments below. Just keep it constructive, Team Breezy.