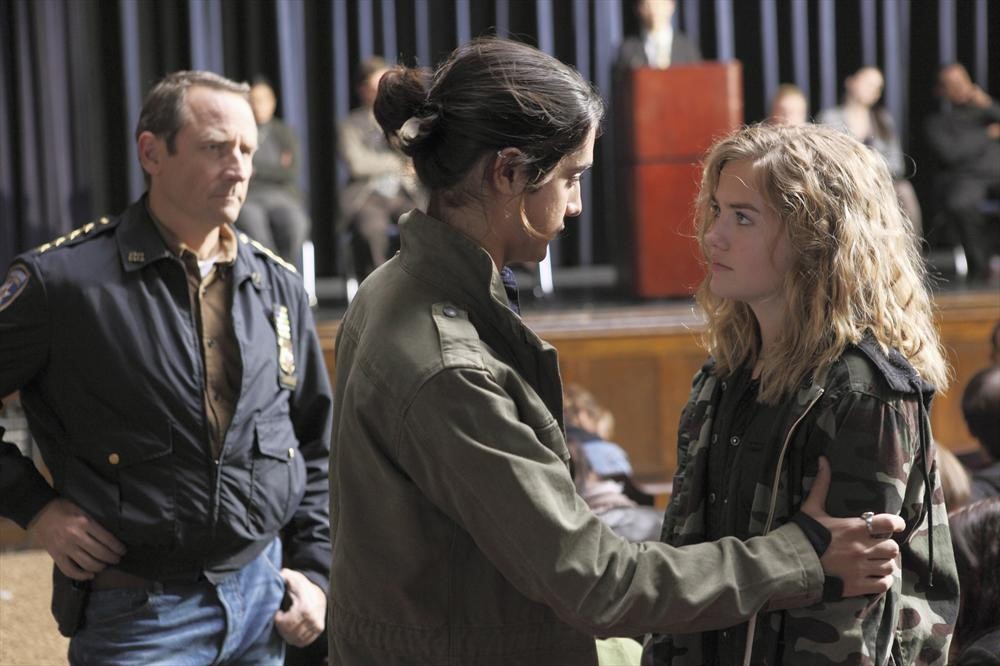 Five years ago, Danny Desai (Avan Jogia) murdered his aunt. He even admitted to it. He wouldn’t, however, tell authorities, or his two best friends, why he did it. Today, they’re allowing him to return to school, much to the dismay of nearly everyone. Most shocked by his return: his two former best friends, who were there the day he strangled his aunt — Jo (Maddie Hasson) and Lacey (Kylie Bunbury). The incident left them stunted. Starting school as the best friends of a murderer was no way to begin junior high. They each dealt with it in their own ways, Lacey by turning Danny into a joke and become a vapid, popular girl, and Jo by withdrawing from the world and into her baggy clothes. Danny didn’t just murder his aunt — he broke apart a once strong and flourishing friendship.

ABC already ordered up a full season of Twisted! >>

When Danny returns to school, he wants to pick up where he left off but can’t seem to make that happen. Lacey has sworn off her former friend on the news and gave him the Twitter-trending nickname “Socio,” while Jo still feels betrayed and doesn’t necessarily need Danny dragging her even lower down the social ladder. The only person truly willing to ignore his past is Lacey’s promiscuous and clearly up-to-no-good new BFF, Regina. She immediately wants to get Danny into her bed, but all he seems to notice about her is the pretty necklace around her neck. 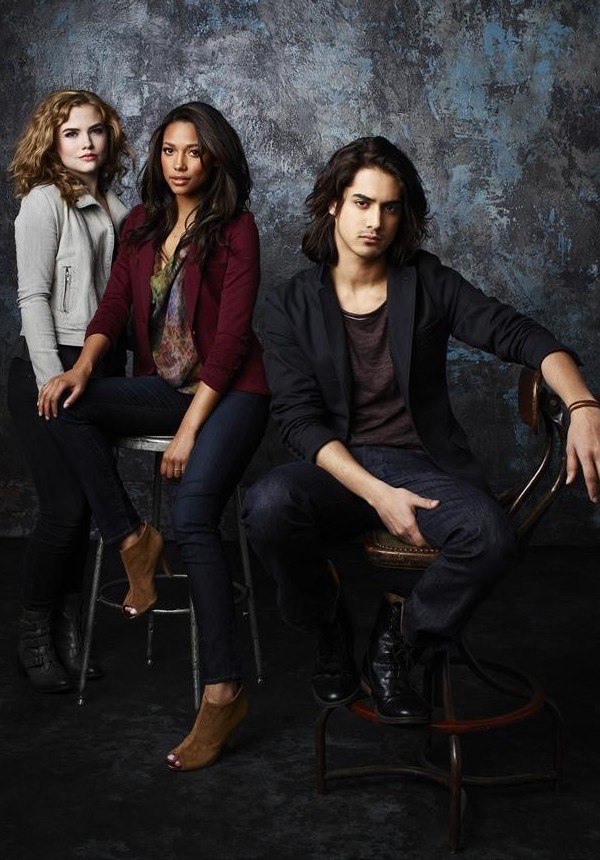 The rough part is that Danny is hard to resist. His big, earnest brown eyes and their history (prior to the murder) weigh heavily on Jo. When she finds out Regina invited him to her party, Jo agrees to tag along. It’s not entirely clear why she has such a change of heart, but it’s no doubt partly because of how unbelievable Regina’s invite seems. What exactly is she up to? Someone needs to look out for Danny, and that job seems to fall on Jo.

At the party, though, the opposite proves to be true: Danny looks after Jo. After a few sips too many, Jo finds herself at the hands of a too-friendly jock trying to talk her into taking off her shirt. When Danny tries to stop things, he whispers something menacing in the jock’s ear. We don’t hear what he says, and we’re given two different answers. Danny tells Jo he told the kid his mother would sue him. The jock tells everyone else that Danny threatened to murder him (“and enjoy it”), just like last time. Even if Danny said the latter, that doesn’t mean he meant it. It could just be that he knew how to get the jerk to back off, right?

As Danny walks a drunken Jo back home, Lacey shows up to offer them a ride. Boy, is Jo’s dad unfriendly when Danny drops her off at the door… despite Jo’s drunken story of how Danny was the hero. Later, Danny manages to convince Lacey to drop her guard and come over to his house for a little bit of catching up. Soon enough — and shortly after a really intense moment where it looked like they might kiss, which is TOTALLY not cool because Danny needs to be with Jo — Lacey is asleep on the floor of his bedroom.

Before Danny turns in, he gets a text from Regina, inviting him over for a “party for two.” When he declines, she continues to pester him, even suggesting that she knows why he killed his aunt and that they should talk.

After that, Danny swears he turned off his phone and went to bed. The only problem is that come morning, Regina’s maid finds her dead body in the living room. The only thing missing from the house: Regina’s necklace.

Of course, everyone assumes it’s Danny and, of course, Reg’s texts don’t help his case. To make matter worse, Lacey won’t stand up and admit that she was at his house all night. Sure, she was asleep after the texts came through, but if he’d left and come back, surely she’d have heard something. Then, when Jo questions him, Danny still won’t admit why he killed his aunt.

If you want more TV news, you should probably sign up for our newsletter >>

We leave the trio of quasi-friends with Danny in his room. As he looks through an old photo album, we see a picture of his aunt… wearing the exact same necklace as the one missing from Regina’s body. Next, we see him pull out that necklace. But whose necklace is it? His aunts? Regina’s? Are they the same… or different?

Only time will tell. But something tells us this story is about to get a lot more twisted.