Hollywood movie stars certainly know how to vacay it up. Check out Mila Kunis and Ashton Kutcher as they dine with royals and enjoy the luxurious French Rivera. 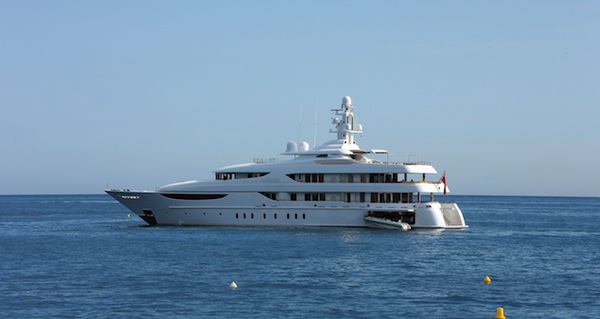 Mila Kunis and Ashton Kutcher took their dating to a new level over the weekend. The usually shy couple did their best to embrace  — and show off some PDA — when the paparazzi spotted Kunis and Kutcher in St. Tropez on an early-summer vacation on Saturday.

Celebrity gossip outlets — notably People magazine and Us Weekly — were all over the loving couple as they held hands and kissed near Pampelonne Beach. Both were casual, with Mila in jeans and a light knit sweater and Ashton in a navy blazer and easy summer hat.

Kutcher and Kunis jetted to St. Tropez following their getaway to London where they spent time with British royalty, Princess Beatrice and her boyfriend Dave Clark. Both couples then traveled to the French Riviera where they relaxed and lunched aboard a mega-yacht with several guests.

Both Ashton and Mila are known to indulge in luxury vacations. When the two first began dating in 2011, pictures surfaced of Kutcher and Kunis returning from a tropical getaway to Bali. The hot new couple held hands and showed of their tanks as they walked through the airport.

July 2013 will mark the suspected two-year anniversary of the Kunis-Kutcher romance.