Things took a pretty dramatic turn on The Bachelorette this week when Desiree found out one of her dates had a girlfriend back home. Find out what she had to say about that! 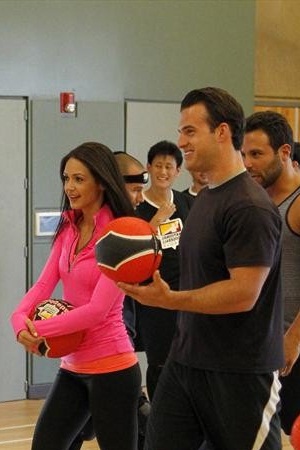 This week’s The Bachelorette was full of fury! First, the guys unleashed a little pent-up anger and anxiety on the dodgeball court. Then, poor Desiree found out one of her bachelors was still tied to someone back home. She opened up about the shocker in her blog on People.com.

The Bachelorette: Meet the 25 new studs >>

When she reached the part of her blog where it was time to address her issue with Brian, Des showed just how peeved she was.

“I had no idea that Brian had a girlfriend back home or that he had unresolved problems with her,” she wrote. “I was disgusted when I heard the news and even more outraged when I learned that Stephanie is a single mother. It made me mad that someone could be so deceitful and disrespect women in that way.”

Ouch! Poor Stephanie! We don’t feel too sorry for Desiree, though, as she was quickly able to exact her revenge on national television when she kicked Brian to the curb. Muahaha!

What to expect this season on The Bachelorette >>

In her blog, she went to even greater detail to explain her decision about (rightfully) not letting go of his deceit.

“He also wasted my time and took the spot of another guy that did have the right intentions,” she explained. “Regardless of whether Brian and Stephanie were still together or not, there was no chance he was there for the right reasons — or that he was staying. I just wanted him out of the house and to put it all behind me.”

We agree! Brian was clearly just on the show to get his 15 minutes of fame and no one wants to waste their time on that.

As for the dodgeball date, our bachelorette seemed pretty happy with the results, even though one of her favorites, Brooks, was seriously injured. However, we’re a little confused: What’s a nice girl like Desiree doing enjoying such a mean-spirited sport like dodgeball?!

What do you think? Did she make the right decisions?