Last night on The Voice, Usher performed his new song, “Twisted.” Beforehand, though, he spent the entire day Instagramming! 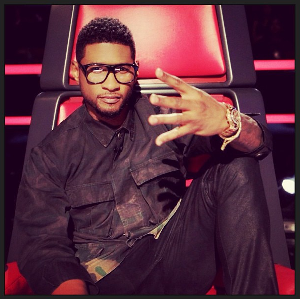 Ever wonder what a day in the life of Usher looks like? All of his Facebook, Twitter and Instagram followers found out yesterday! Usher live-blogged his entire day, sharing photos of rehearsals, workouts and even a quick joyride on his motorcycle. (Now we know what you drive, Usher, and we’ll be looking for you on the streets!)

The Voice: All of the judges will return… eventually! >>

Why the day of openness? It was all a lead-up to one very special The Voice episode. The contestants were narrowed down and, oh yeah, Usher debuted his new single, “Twisted.”

Take a look at some of the pictures! 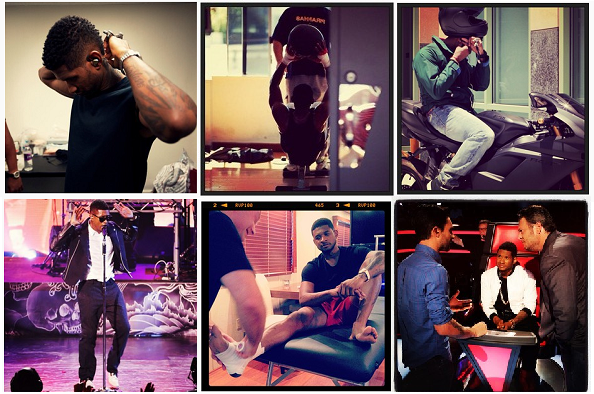 The peek inside Usher’s day did more than give us a chance to understand how he stays so freakin’ ripped. It also let fans in on what he goes through each day to prep for our favorite show, The Voice. Last night’s show was extra-special for Usher, though, as he didn’t just take it easy in his big red swivel chair. He put on a show of his own when he debuted his brand new song “Twisted.”

Aw! Shakira brings her baby to work on The Voice >>

Here’s the video of his awesome performance:

Oh, Usher! We’ve not been this proud of you since Confessions, when Lil Jon kept calling you “Ursher” — we blasted that entire album all fall long while rolling around Tallahassee, Florida. This week’s performance was awesome, and that suit… amazing. Usher sure has grown up since the days of his baggy jeans, hat and “Nice & Slow.” He’s a grown man now, but he’s still got the moves.

As for the rest of the show: We had a hard time recovering from our epic swoon-fest. But, we caught a little bit from the top five finalists.

All in all it was another awesome episode of The Voice, made even better by Usher’s performance. Tonight they narrow it down to the top three. Our votes go to: Sasha Allen, The Swon Brothers and either Danielle Bradbery or Michelle Chamuel.