Oprah Winfrey makes history with her $12 million donation to the Smithsonian’s National Museum of African American History and Culture.

Related story Oprah-Loved Barefoot Dreams Is Having a Black Friday Sale on CozyChic Sweaters, Loungewear & More Up to 65% Off

Oprah Winfrey has made history once again, thanks to a $12 million donation to the Smithsonian’s 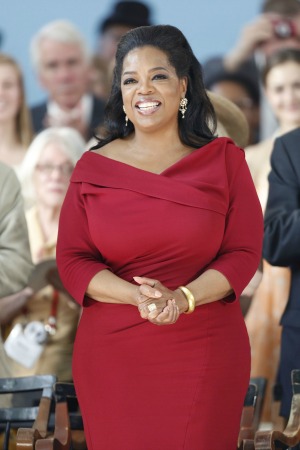 National Museum of African American History and Culture. The museum made the announcement on Tuesday on its official website.

Winfrey had previously donated $1 million to the museum, which now brings her total gift to $13 million. According to the Smithsonian, this is the museum’s largest donation to date.

Here is what the museum said about the donation in a press release:

“Winfrey’s gift marks a significant milestone in the museum’s fundraising campaign. Design, construction and exhibitions are expected to cost $500 million, half provided by congressional funding and the remainder raised by the museum. Currently under construction on a five-acre site adjacent to the Washington Monument, the 19th Smithsonian museum is expected to open in late 2015.”

The Smithsonian also announced that, in honor of Winfrey’s donation, the museum’s 350-seat theater will be named the Oprah Winfrey Theater.

“I am so proud of African American history and its contributions to our nation as a whole,” Winfrey said in a statement on the museum’s official website. “I am deeply appreciative of those who paved the path for me and all who follow in their footsteps. By investing in this museum, I want to help ensure that we both honor and preserve our culture and history, so that the stories of who we are will live on for generations to come.”

“We are inspired and profoundly grateful for Ms. Winfrey’s generosity at this important time,” Lonnie G. Bunch III, founding director of the museum, said on the museum’s website. “Her gifts will forever be associated with harnessing the power of art and creative expression to build bridges between cultures and enrich people’s lives. Programming at the Oprah Winfrey Theater will mirror the museum’s commitment to use African American history and culture as a lens to see what it means to be an American and to help all Americans remember.”

The National Museum of African American History and Culture was established as a Smithsonian museum by an Act of Congress in 2003. Its goal is to be the nation’s largest and most comprehensive cultural destination devoted exclusively to showcasing African American life, art, history and culture and the national place for visitors to fully appreciate the broader American story. We’re sure that Winfrey’s donation will go a long way toward making that goal a reality.