Ex-Journey singer Steve Perry has revealed his own cancer battle just months after losing the love of his life to the terrible disease. 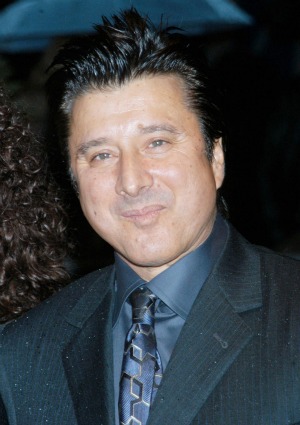 Steve Perry, the ex-Journey singer responsible for huge hits like “Don’t Stop Believin'” and “Open Arms” is recovering from cancer surgery just months after the love of his life was felled by the disease.

Perry revealed the sad tale of losing his girlfriend Kellie Nash and his own health scare on his website.

“Three weeks ago a routine mole was taken off my face and the lab report came back Melanoma skin cancer,” he wrote. “I’ve had two surgeries in two weeks to remove all the cancer cells and I’ve been told they think they got it all and no other treatments are required.”

Good news for the singer, and it couldn’t have come at a better time. He needed something to cheer him up after losing the woman who meant everything to him to breast cancer that spread to her brain.

After meeting Nash through a mutual friend he quickly knew how special she was, and they began a relationship that would carry her through her last days.

“We started seeing each other and Yes, we both knew that we were meant to be together. My life was forever changed in ways I will explain at another time but it was all because of my Kellie,” Perry wrote.

“She was so strong, so courageous and we really loved each other so very much,” he wrote of Nash, who died in December 2012. “I’ve been trying to grieve and not run from this loss so for the last 5 months that’s what I’ve been doing along with recalling everything being in Love with Kellie taught me.”

“She helped me in so many ways. I Love and miss her terribly.”

“Though Kellie and I were only together for 1 and 1/2 years, it was a lifetime of love packed into every moment.”

Steve Perry wrote most of Journey’s greatest hits, and his songs have been featured on TV shows, such as Glee and American Idol as well as countless films, and have been covered by artists like Mary J. Blige, Mariah Carey, Rise Against, Martina McBride, and Barry Manilow.