Cassadee Pope returns to the music scene with her cathartic debut single on heartbreak that will headline her upcoming album. 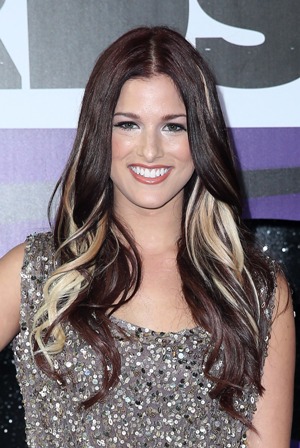 At only 23, you may think Cassadee Pope may not have a lot of life experience under her belt, but her maturity shows in her impassioned singing during her performances.

How could anyone forget her rendition of the tragic “Over You” or those teary eyes The Voice coach and songwriter Blake Shelton displayed while watching her?

As winner of Season 3, throughout the season she sparkled most onstage when her voice enveloped country songs. This niche completely propelled her into a new light. While she initially appeared as a punky pop star with her tattoos and platinum-streaked hair, her voice was right at home with the chords of country. You really can’t judge a book by its cover.

Want to get the latest news on your favorite music shows like The Voice? Why not sign up for our newsletter? >>

Back in her Hey Monday days, her sickly-sweet vocals seemed to get overlooked. Her voice was beautiful, but needed the right context. Had it not been for Blake Shelton’s guidance on The Voice, we may not have seen her in all her country music glory.

Blake Shelton recently gave his time for a good cause >>

She returned to The Voice stage last week to premiere her single “Wasting All These Tears.” I remember wondering: What would it sound like? Was she going to stray away from the jackpot she hit with country music? Or would she crawl back to her Hey Monday style?

The verdict? Here I present to you a single that could easily cross over in any direction it pleases ? because it’s a universal song about heartbreak. It’s a strategic move that evokes just enough mystery for us to inquire about the entire album! Why limit yourself to a genre when you can appeal to everyone? Aside from that, the track is delicately dark and sung with conviction.

It’s about the pits of depression that unrequited love can project us all into. It’s about all the tears that we cry for those who don’t matter, because they never cared for us in the first place. It’s about accepting that truth, and using it to prop ourselves up to move forward. It’s about building that courage to fight and get angry, so that the sadness is replaced by strength.

The Voice is doing strong in the ratings, but will that change when these two judges come back? >>

The track blew up on the iTunes Top Songs chart, and once you hear it, you’ll know why. It’s filled with emotional rage, disappointment, a need for release and relatability. Signed to Republic Nashville, her upcoming album (to be released later this year) looks promising if it’s anything like this track!

Check it out below.

In a music drought? Need some inspiration? Check out these other music reviews: