Get ready for an all-Kardashian summer! Right around the time Kim Kardashian’s baby is born, Kris Jenner is launching her new talk show. 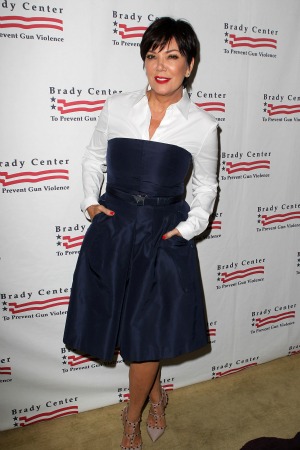 If their reality show and a new baby on the way wasn’t enough, Kris Jenner is going to make sure that it’s an all-Kardashian summer for television viewers. It was announced in January that the matriarch of the family was getting her own talk show. Now, the first promos are out.

In one of the two promos just released, Jenner promises, “We’ve got so much to talk about.”

This will be an interesting test to see whether viewers truly are looking for more of the Kardashian clan. It’s hard to imagine the already oversaturated media family needing even more airtime. Is there anything we don’t already know?

Fox seems to think there is more to learn. The network will begin airing the show in select markets beginning July 15.

Jenner talked to E! News about her upcoming show, sharing, “When we’re all just hanging out, that’s my favorite time. Lots of laughs, great conversation, and I thought, that would make for a great talk show!”

She’s going to offer up different topics from celebrity guests to the latest in fashion and beauty.

The promos for Kris are describing it with a lot of K’s.

They wrote, “Only one woman can be described as kreative, karing, kaptivating, kosmopolitan, klassy, karasmatic, klever, konfident, kontroversial, komplex: She is Kris!”

The 57-year-old is taping the show in Los Angeles, and it will be in a daily, one-hour format. Viewers in New York, Los Angeles, Minneapolis, Phoenix and Dallas will be able to watch the reality show star as a part of the test markets.

If the show is a success this summer, then a bigger rollout will happen sometime in 2014. This is a similar strategy that Fox employed with Bethenny Frankel’s talk show, which has a nationwide debut in the fall.