Missing Desperate Housewives and Sex and the City? Well, mourn, no more, because the Mistresses have arrived!

Those who watched the Mistresses pilot last week can attest to the fact that the new ABC show was filled with plenty of drama and complexity — and the “No way!” moments aren’t ending anytime soon. We caught up with Jes Macallan, who plays Josslyn on the show, to get her take on sex scenes, friendships and what’s ahead for Season 1. 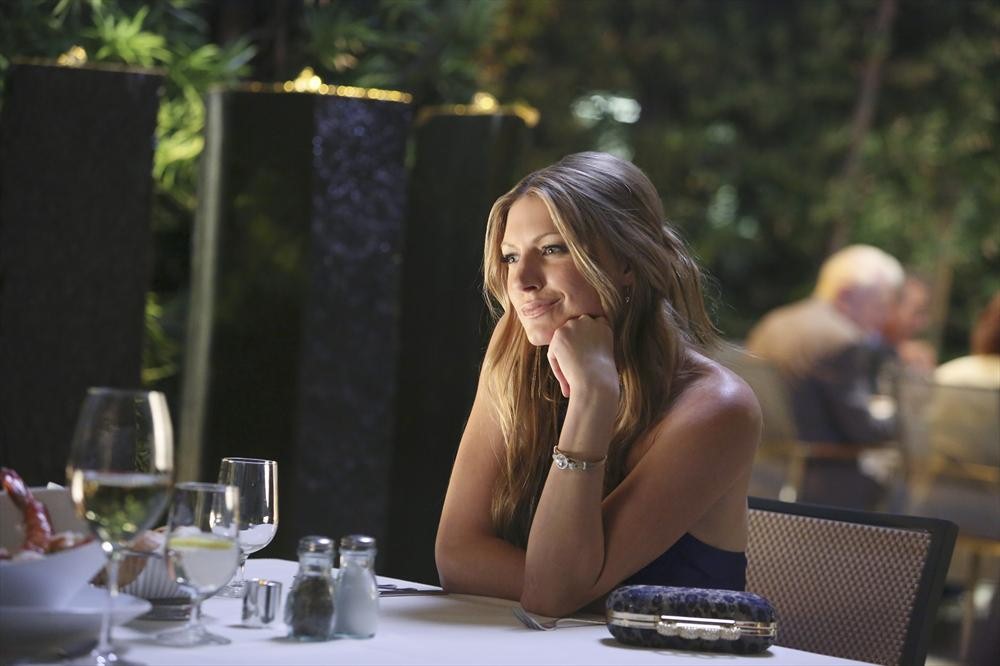 SheKnows: Wow, a death is certainly an interesting way to start off a show! What did you think of that when you read it?

Jes Macallan: I was definitely pretty shocked! I really felt for Yunjin’s character. She was already so morally torn because she fell in love with her patient — her married patient — and then she had to lose him. It certainly was a way to bring all of us together, but certainly a very tragic way.

SK: What do you know of Joss’ backstory? Do you know much of it? If so, what do you think makes her such a commitment-phobe?

JM: I know quite a bit, but if I shared anything it would spoil things for you! Josslyn’s fear of commitment is something that she tries to make sense of throughout the entire season. Script by script I actually started to understand more and more about her and why she is the way she is. I think people will be able to relate to her journey in finding herself this season. In life, everyone has been in a place of self-discovery at one point or another. It’s not always fun confronting one’s faults but the lessons learned can be life-changing. Wait until you see what Joss learns!

Mistresses recap: Meet the other women >>

SK: Most girls would swoon if a man bought her a house, but Joss definitely seemed more concerned than elated. Why do you think that is?

JM: This goes back to the previous question. The idea sounds interesting at the beginning, but the more and more she thinks about it she realizes that if she accepts the house, she is somehow bound to this man… she owes him. Josslyn would literally rather be homeless than be responsible to someone else. Well, someone else that isn’t family, because she would truly do anything for her family. (Therapy, anyone? Haha!)

SK: What does your super-cute hubby, Jason, think of the sex scenes? Was there a different reaction when your partner went from a guy to a girl?

JM: Ha! He’s standing across from me at the moment and we’re laughing and laughing at that question! He suggested I respond, “We’re actually having a threesome with Shannyn Sossamon right now.” Oh, silly men and their silly thoughts! The truth is, sex scenes are so awkward. The great thing about him being an actor is that he totally gets it. I can’t imagine if he was an accountant or something and I had to come home twice a week explaining which person I had to “sleep” with that day. I am so happy that we can just laugh and laugh about it together. By the way… he is super-cute, isn’t he?

Alyssa Milano on Mistresses’ make out scenes: “Fun and awkward” >>

SK: What’s it like with so many women on the set? Do things ever get catty or are you all good friends now?

JM: I’m proud to say that we all have a fantastic friendship, on and off set. We are very lucky that we all get along. I think from the beginning we all had the same intentions: Let’s just make this thing as honest as possible and have some fun with it. Alyssa was a new mom when we shot the pilot and she was there pumping between takes, and there were bags of breast milk all over the place. So needless to say I felt like I was really getting to know her! Since we’ve wrapped, I still spend time with a lot of the cast, and crew, as well! I think my arms were sore for two days because of all the hugging I did at the premiere party.

SK: How realistic do you think it is for these women to be so open about their sexual endeavors? Do you have BFFs you share these kinds of details with?

JM: Abso-frikkin-lutely! I would go batty if I didn’t have some close friends to share things with. I will say that I don’t have a ton of very, very close friends — I can probably count them on one hand — but it’s probably because it requires so much work to have a friend that knows you inside and out, secrets and all, flaws and fears. It is like having a whole other relationship and there just isn’t enough time in the day for dozens and dozens of those types of serious BFFs. I’m also one of those people that really enjoys building lifelong friendships. I love nothing more than the idea of someday sitting around a table, sharing a cocktail with my friends that I’ve had for 50 years!

SK: The premiere definitely sets us up for some wild affairs. What can we expect from the rest of the season?

JM: My lips are sealed! I will tell you that there are some twists and turns that will knock your socks off. I remember reading some of the scripts and actually yelling, “You’ve gotta be kidding me — no way!’ If I gave anything away it would take away from the fun of it all, but my clocks are set to the bombs of some of the episodes to come and I can’t wait to see how the viewers react! It feels like waiting for Christmas morning!

SK: A lot of people are saying Josslyn is to Mistresses what Samantha was to Sex and the City? What do you think of those comparisons? Do you see those similarities in Josslyn?

JM: Hey, any comparison to Sex and the City is a huge compliment in my eyes. So many of my friends and I absolutely adored that show and those women. I do understand the comparison of Josslyn to Samantha, I will say, though, Josslyn is not nearly as “seasoned” as Samantha… and I don’t mean sexually! I simply mean that I always felt like Samantha had gone through her “find herself” phase and came out the other end as the Samantha we all saw on SATC. For Josslyn, it’s a different story. She’s a confident, ballsy, caring, fun-loving free spirit… but that doesn’t mean that she has really asked herself what she wants to be when she grows up. Does that make sense? She’s discovering who she is episode by episode through her friends and her sister. I wonder if people will have the same thoughts of who Josslyn is presently, compared to what they see in her by the end of the season.

SK: We hear there’s a male mistress in the works on the show as well. Can you shed any light on that storyline?

JM: I plead the fifth on that one!

SK: Is this the first time you’ve played a character in a lesbian relationship? How did you prepare for the role?

JM: This actually isn’t the first time that I have tangled with same-sex relationships in my work. I really don’t prepare any differently for a straight relationship than a gay relationship… relationships are relationships. I completely understand the idea of a woman falling in love with another woman or a man with another man. The only work I do is on finding the “why.” Why does she fall in love with this person? What is it that is so irresistible to my character? What void does this person fill in my character’s life? I ask these same types of questions for any romantic relationship in any project I’m working on, regardless of the gender of the other person.

Don’t forget to tune into Mistresses all season long, Mondays, 10/9c on ABC!