The iconic actor found himself in the right place at the right time after an elderly man tripped and severely injured himself. Witnesses said Malkovich was the calm and collected one, and helped save the bleeding man. 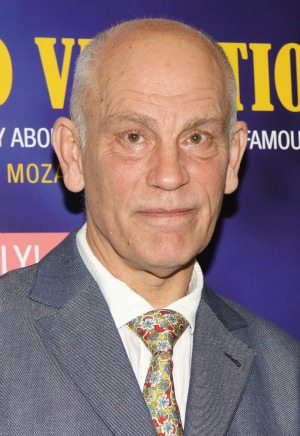 John Malkovich is being called a hero after rushing to the aid of a bleeding man in Toronto. Jim Walpole, 77, fell into scaffolding outside his hotel in the Canadian city and cut his neck.

“My neck hit the scaffolding pole and there was a sharp thing sticking out on the bottom,” he told ABC. “My neck hit the thing that sticks out and tore it. I was really bleeding.”

Walpole spoke with the Toronto Sun about how Malkovich appeared and started helping.

“My name is John and you are going to be all right,” the actor told Walpole.

Without question, Malkovich started doing what he could to help.

“He started to press on my neck,” Walpole told the newspaper. “He said he was trying to stop the bleeding.”

Another Toronto resident, Ben Quinn, was near the scene and stopped to help. He was impressed by Malkovich’s calmness.

“The guy really seemed to know what he was doing,” he said. “We didn’t know who he was. I just asked if I could hold the man’s head and he said yes.”

Malkovich also reportedly did what he could to put Walpole’s mind at ease.

“He told the man don’t worry, the Canadian medical system is excellent,” Quinn told the Toronto Sun. “He assured the man everything was going to be first class.”

Malkovich is in the city appearing in The Giacomo Variations, according to the Guardian. The theater is close to where the accident occurred.

Walpole’s wife is just thankful her husband was saved by the passing Good Samaritans.

“I want to hug them all,” Marilyn Walpole said. “They are all heroes.”

Jim Walpole said he didn’t recognize Malkovich at the time, but is a newfound fan of the actor.

“Believe me, I’m going to be watching all of [his films] now,” he told ABC.

Malkovich has not yet commented on the incident.