Simon Cowell’s top priority has never been making friends, and apparently one former contestant has been holding on to his rejection for a while. She showed it Saturday night on the finale of Britain’s Got Talent. 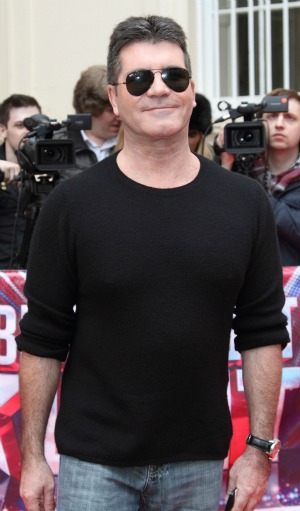 He’s the man everyone loves to hate, but apparently some have been holding a grudge. Simon Cowell got quite a surprise on Saturday while judging Britain’s Got Talent when a woman rushed the stage and started to throw eggs at the famous judge.

Opera singers Richard and Adam Johnson, who are brothers, were singing “The Impossible Dream,” according to People, and continued to sing as Cowell’s egg attack began. Cowell seemed to have a good sense of humor about the whole thing, though.

The man who brought us American Idol, The X Factor, and America’s Got Talent made sure to note the most important part of the night — the talent.

“Bloody hell! Just watched the Adam and Richard performance back,” he tweeted. “They didn’t miss a note.”

It turns out the attack was a very personal one, and not just by a crazed fan. According to Entertainment Weekly, the attacker turned out to be Natalie Holt, a former contestant. She made it past security because she was playing in the orchestra.

“Natalie Holt (age 30) was part of the backing group for their performance, and as a result of her misguided actions the police were called,” the show said in a statement. “However, we have decided to take no further action at this stage.”

Holt did seem to feel bad about the scene, but not necessarily about the attack. She didn’t want to take attention away from the Johnsons.

“I want to apologize to Richard and Adam for overshadowing their performance,” Holt reportedly said later, according to People. “I’ve never done anything like this before and in hindsight I have realized it was a silly thing to do.”

Thirteen million people watched the episode, including the egg attack on Cowell.

“I really don’t think eggs should be allowed on talent shows. Discuss?” he tweeted the next day, keeping up his good attitude about the event.